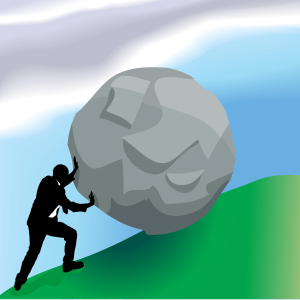 A progressive panel on Capitol Hill sees net neutrality poisoning the Telecom Act update, and any FCC action will likely be overruled by Congress anyway.

Could the current debate over internet regulation be pointless? And could it be distracting from more important technology and telecommunications issues?

Last week, Republic 3.0, a center-left policy site, hosted a forum on Capitol Hill to discuss progressive perspectives of a rewrite to the 1996 Telecom Act.

Net neutrality is the dominant debate of technology policy in Washington right now, but the progressive panelists all pointed to a number of updates that need to be made to the Telecom Act. This rewrite will be a key focus as the new Congress begins, and writing the bill could take several years of bipartisan effort.

Former Congressman Rick Boucher (D-VA), who played a central role in the writing of the 1996 Telecom Act, offered the opening remarks at the event. Boucher said that the 1996 update was “not forward looking.” For example, the Internet was mentioned only once in the law (and that was in part of the law unanimously ruled unconstitutional by the Supreme Court).

In updating the Telecom Act, Boucher and the other panelists argued that Congress must recognize the pace at which technology changes. It cannot future-proof. But it needs to act to address spectrum, IP networks, outdated regulatory frameworks, and a wide array of other issues.

The full video from panel is available below, but particularly noteworthy are the concerns these progressives voiced on the potential negative impact of the current state of the net neutrality debate.

“Here’s the nexus: if the FCC reclassifies broadband as a telecommunications service, I think you can put on the shelf any idea of having comprehensive telecom reform in the Congress to come,” says Boucher. “That issue is so emotional and raises everybody’s blood pressure so much. It is such a debate that brings out partisan instincts on both sides of the aisle and so unusual as a telecom issue for that reason, that I think having that injected into the Congressional setting, which it inevitably would be if the FCC reclassifies, just destroys any opportunity to get to these more fundamental issues and pass comprehensive Communications Act reform.”

Robert Atkinson, the President of the Information Technology and Innovation Foundation, stated that net neutrality “sucks up all the air.” He explains that “while we’re expending all this political capital and time on [net neutrality], we’re not addressing the single most important issue, which is how do we get the last 30% of Americans online and using the Internet? There’s a real simple reason why our broadband adoption rates are not as high as some countries. … It has nothing to do with our networks. It has nothing to do with the price of our networks. It has everything to do with the fact that in the OECD we have the third lowest percentage of people who own a computer.”

Only 70% of Americans have a computer, and according to Atkinson, addressing this is the central progressive challenge in updating the Telecommunications Act. “The rewrite is going to be a set of horse trading and tradeoffs. And in my view, what progressives should trade is essentially this fundamentalist net neutrality regime that groups like Free Press want to do for a really progressive goal of getting a lot more Americans online, whether rural or urban.”

Another perspective came from Shawn Chang, former Democratic Chief Counsel for Communications and Technology at the House Energy and Commerce Committee. He pointed to the pending court battle should the FCC decide to reclassify. Both sides are confident they will win, but a final decision would be years in the making and put a tremendous burden on the FCC. Chang believes instead that Congress needs to take up the issue and find some consensus around net neutrality rules. He stated, “Regardless of what the FCC does, Congress should take on this responsibility.”

For those who believe net neutrality is an issue that must be addressed immediately, Atkinson doesn’t seem to see the urgency. “Strange situation we have where we’re having this really intense debate about this measure where frankly there haven’t been a lot of problems. There could be. But it’s not like we’re debating ISIS. ISIS is a problem right now. We need to do something about it now. Net Neutrality—we can wait a little bit. The sky is not going to fall. And at the same time we’re talking about rewriting the Act.”

Atkinson would instead suggest FCC Chairman Tom Wheeler call on Congress to address the issue and find consensus that can be included in the rewrite of the Telecommunications Act.

Probably the biggest loser in this debate is Wheeler. He has a Sisyphean task battling special interests on both sides of the issue as President Obama simultaneously puts on the pressure. Ultimately, it will likely be for naught.

As Atkinson put it, “Regardless of what the FCC chooses—Section 706, nothing, or Title II—Congress will overrule it when it does the Telecom Act.”