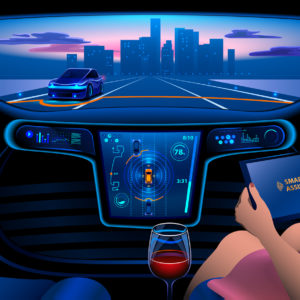 Transportation stands on the precipice of its greatest revolution in nearly a century. From the exciting innovations on the horizon like flying cars to those hitting the roads right now like autonomous vehicles to the way entrepreneurs have changed our way of traversing the last mile of a journey with dockless scooters and ridesharing services, the way we get from place to place is evolving more quickly than many of us realize.

The American auto industry was a leader in the last transportation revolution that took cars from novelty to a part of everyday life, and now some of these manufacturers are determined to reclaim their innovative prowess by revamping the dying relic of an industry back to a pioneering success. Case in point: GM recently announced that it would be shifting its focus to electric and autonomous vehicles.

At first, it’s easy to focus on the immediate negative effect of such an announcement, like workforce reduction, but these changes signal that the American auto industry might not remain a relic of another era. Rather than seeking more government handouts it is adopting the innovator’s aphorism: “change or die.”

This willingness to embrace — and desire to lead — the new transportation innovation may be in General Motors’ corporate DNA. In the early 1900s, two horse-and-carriage manufacturers founded a car company in Flint, Michigan, at a time when cars were still an uncertain novelty. Rather than continuing to place a safe bet on the current mode of transportation, General Motors and other early American automakers looked ahead to the future of transportation.

They didn’t insist on continuing to manufacture horse-driven vehicles in the early 20th century, nor did many bemoan a decrease in the blacksmith trade that accompanied the shift to cars. Why would anyone now suggest trying to prop up what an inevitably archaic industry model instead of allowing a company to embrace a safer, more sought after innovation? With autonomous vehicles already deployed in several states and a rapid growth in electric vehicles expected in coming years, GM’s decision may help lead the transportation industry into the future just as it did when it transitioned from horses to engines.

The future of autonomous and electric vehicles will be safer and more enjoyable. And with more companies focusing on this technology, it will only get here sooner. Ninety-four percent of car crashes are caused by human errors, and tragically, more than 40,000 Americans died in such accidents in 2017. A study by McKinsey & Company found that widely adopting autonomous vehicles could reduce accidents by 90 percent and save thousands of lives annually.

Autonomous vehicles will also improve lives by giving those currently unable to drive greater independence and less of the stress associated with driving. AARP touts the benefits of how such vehicles will prolong independence later in life. Research also suggests that autonomous vehicles will greatly improve the lives of those with disabilities by giving them access to more job opportunities and making it easier to conduct tasks while traveling to medical appointments. Freed from many of the stressors of actively driving and dealing with congestion, commuting time may actually become enjoyable again when the car itself can do the driving.

These safer, more pleasant rides may be here sooner rather than later, thanks to increased competition and technological focus from both Silicon Valley innovators and old-guard automakers. GM hopes to be testing fully autonomous vehicles without a backup driver in the seat in the near future. Google’s Waymo is set to launch an autonomous taxi service this month in Arizona. Other industry leaders like Ford and Uber continue to expand testing and refine the product in cities such as Miami and Pittsburgh. These tests help improve the technology and make us more comfortable with seeing nobody behind the wheel.

GM’s decision may signal a turning point that leads to the dangers of human-driven cars landing firmly in the history books. At the birth of America’s auto industry, an adage famously misattributed to Henry Ford said, “If I had asked people what they wanted, they would have said faster horses.” Luckily for GM, rather trying to figure out how to make horses faster, it’s focusing on a technology that will make our lives safer and more gratifying.