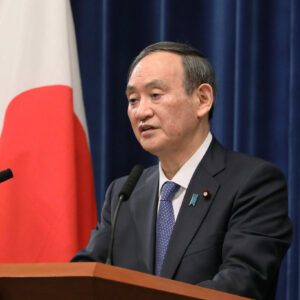 When Japan’s PM Calls on the White House Friday

U.S. policy-makers are doing a delicate dance with their opposite numbers in Tokyo and Seoul. Japan’s Prime Minister Yoshihide Suga this Friday will call on President Joe Biden at the White House, and South Korea’s Prime Minister Moon Jae-in should be next in line. For the Americans, the challenge is to persuade them to bury their differences for the sake of trilateral cooperation against China and North Korea.

That’s asking a lot, and it’s not likely to go much beyond formal statements crafted in advance. Japan isn’t giving way on such familiar issues as South Korea’s grip on Dokdo, the rocky islets the Japanese call Takeshima, or compensation for World War II comfort women or distorted textbook histories or disputes on trade. The Americans would dearly love the Japanese and South Koreans to join in military exercises, or at least share intelligence, but these two U.S. allies are not on the same wavelength.

Moon, when he calls on Biden, will go on about the depths of the U.S.-Korean relationship, but they’ll be talking past each other. Moon prays that Kim Jong Un will invite him once more to Pyongyang to talk about all the good things North and South Korea can do for one another. But Kim won’t be happy until Moon shows clear signs of doing away with the South’s alliance with the U.S. For Kim to be happy, Moon needs to halt military exercises with the U.S., even the ones conducted on computers. It’s not enough for the Americans and South Koreans to have agreed, no troops running around the countryside. They have to stop the computer games, too.

The Japanese take quite a different view. They see no prospect of reconciliation, and they think the only way to deal with the North is to get tough. That means keeping or increasing sanctions, demanding the safe return of Japanese kidnapped years ago off beaches in Japan, and getting the U.S. to stick to an equally hardline position.

Most immediately, the Japanese are fearful the Chinese will escalate their intimidation campaign in the waters surrounding the Senkaku Islands, out there in the East China Sea northeast of Taiwan. The breakaway regime in Taiwan also claims the Senkaku, which the Chinese call Diaoyu, but Taiwan fears sooner or later China’s President Xi Jinping will decide the time for empty threats is over and now let’s take Taiwan by force.

All of which gives Biden and Suga much to talk about. Biden will assure Suga the Senkaku problem does fall within the U.S commitment to defend Japan, and they both will agree totally on the need for North Korea to get rid of its nukes and stop developing missiles capable of flying warheads to distant targets. The Japanese aren’t worried about intercontinental ballistic missiles. It’s the mid-range ones, within range of their own turf, that bothers them.

Too bad for the U.S. vision of trilateral cooperation, Moon doesn’t share common cause with the Americans on either Japan or China. Quite aside from all the issues that never get settled, such as Dokdo/Takeshima and comfort women, he would like to get along great with China, which he believes can hold Kim in line and maybe convince him to return to talks. Moon is not going to side with Japan on the Senkaku dispute any more than he’s sticking up for Taiwan, which the U.S. also is committed to defending.

The Americans, desperate to keep up appearances with both Japan and South Korea, are forever repeating the cliche there’s “no daylight between us,” meaning they’re so close to both of them, they’re almost hugging.  Just not at the same time. Definitely, the U.S., Japan, and South Korea are not a menage a trois. That’s not to say that Moon won’t agree, yes yes, nukes are bad and North Korea should get rid of them. He’ll sign on to denuclearization but with considerably less emphasis than Suga. For Moon, the best hope is for the U.S. to agree step-by-step on removing sanctions in return for the usual North Korean pledges on denuclearization.

It’s a multi-told tale, and we’re going to hear it all over again when first Suga and then Moon pay their respects at the White House.