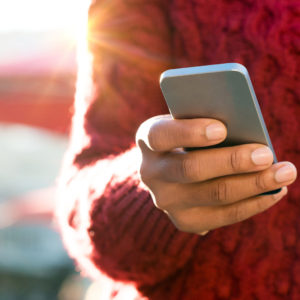 Posted to Technology May 11, 2016 by Christopher Koopman and Patrick A. McLaughlin

It is difficult to overstate the seismic shifts that have occurred over the last decade in how people connect with one another. Walk down any street in America, and it’s hard to ignore the fact that smartphones have changed everything. But it isn’t just selfie sticks, Facebook posts, Snapchats and tweets that are radically changing our interaction.

The disruption that sharing economy platforms cause is a story as common as these platforms themselves, but there’s another story: Technology is solving problems traditionally assigned to regulators. And it is doing it better, faster, cheaper and more flexibly.

Take, for example, a common justification for many consumer protection regulations: information asymmetry. This is the idea that consumers lack sufficient information to protect themselves from the unskilled or the unscrupulous. It’s why we license stockbrokers, barbers, cosmetologists, and, sometimes, florists. It’s why we regulate taxis and hotels. In fact, it’s why nearly 30 percent of workers in America must get a license to work.

As technology continues to change our lives, however, it’s also eliminating the need for many regulations with the speed of a Tinder swipe.

For example, the five-star rating systems that have become a hallmark of the sharing economy allow consumers to give immediate feedback on drivers, TaskRabbiters, Airbnb hosts, and nearly anyone they interact with. And it is reciprocal. Those who make interactions easy receive better reviews, and those who are difficult to work with are flagged for others. The best drivers, passengers, hosts and tenants rise to the top. Yelp, OpenTable, Angie’s List and others extend this information sharing into nearly every facet of our modern economy. It’s hard to imagine any set of regulations producing equally rich real-time information to buyers, sellers and observers.

This is only the beginning. Soon, your phone will be a pocket-size chemistry lab: Using a device called Nima, people can test food for even tiny concentrations of gluten. This technology could be adapted to test for all manner of bacterial contaminants — including E. coli and salmonella. Despite all the current restaurant regulations, one in six Americans still get food-borne illnesses annually, but what if every patron could test each bite? Outbreaks such as the recent one at Chipotle would become things of the past. Other devices will let you assess the content — ingredient by ingredient — of your food. If users share information, statistical analysis designed for big data will reduce the inevitable uncertainty associated with individual lab tests.

The irony of this, however, is that regulations — which sought to solve the problems now fixed by technology — now prohibit that technology from reaching consumers. Half-century-old regulations, for example, keep adaptive headlight systems out of our cars and keep drivers and pedestrians in the dark. Obsolete rules are not only pointless, but can also be counterproductive. While European carmakers expand 21st century safety features, regulations in the United States limit our options to those developed 50 years ago.

Occasionally, however, new technology will pose a large enough leap forward to instigate true reform. For example, the Department of Transportation — while still maintaining its antiquated rules preventing adaptive headlights — is now creating an alternative process to allow the development of driverless cars to proceed uninhibited by a regulatory framework designed for a different era. While the department’s current efforts are noteworthy, wouldn’t it be better if technological advances were anticipated in every regulatory rule’s design?

The first step is trying to design self-destructing regulations that simply dissolve when the justifications for their existence do the same. But no regulatory agency wants to admit even partial obsolescence — just like no business owner wants to close shop or lay off an employee. Both, however, face the same reality — technology evolves.

This is the challenge: How do we design a system that removes the political considerations from a conversation that should be focused on consumer benefits? Technology will always outpace regulation, but it requires a different set of incentives, plus a dose of humility, for regulators to admit that a regulation’s day is done. If only there were an app for that.

Christopher Koopman and Patrick A. McLaughlin