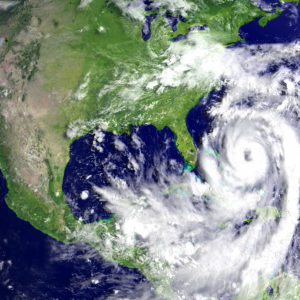 Where Climate Change is Concerned History is Irrelevant

Climate change made the floods in the Northeast from Hurricane Ida worse.

So proclaimed stories in major media: CNN, The Washington Post, ABC News, and many others. Get used to it scientists and politicians told reporters. “More storms [like this one] are coming more frequently,” the governor of New Jersey opined, “with [even] more intensity.”

In August 1955, before it is said that humans began having a major impact on the climate, I (a little boy) was awakened by a sound truck coming through our Waterbury, Connecticut neighborhood proclaiming “Do not use your gas unless it is an extreme emergency.”

I soon learned from my father, who couldn’t get to work that morning, why that truck woke me. The whole of the Naugatuck Valley was flooded, he reported. Water several feet high rushed through the valley destroying nearly everything in its path. From a hilltop vantage point near my grandparents’ house, I watched in amazement and horror as trees, roofs, houses, cars, and much more came rushing along the streets that bordered the usually placid and polluted Naugatuck River.

The flooding occurred from the extremely wet remnant of Hurricane Diane. It wasn’t only Waterbury that felt that Diane’s wrath. There was flooding from Pennsylvania to Massachusetts. Nearly 400 people died and the cost of damage was in the (inflation-adjusted) billions.

Of course, one-off disasters occur as we know so this was a once-in-a-hundred-year storm, right?

No. There had been an even more devastating Northeast hurricane only 17 years before. That storm, unnamed, killed 600 people. According to The New York Times, in Bridgeport, Conn., just down the road from Waterbury, “the streets were turned into torrents.”

In fact, just the year before Diane, Hurricanes Edna and Carol spread devastation to the Northeast, even as far as Canada.

This isn’t ancient history. It tells us that really bad hurricanes and floods resulting from them have happened recently, in the lifetimes of many of us. Dangerous storms have spread devastation over large swaths of the country, killed people, and destroyed property. But somehow we’re supposed to believe that it’s all-new, all because of human-caused climate change.

Of course, it’s undeniable that the world is warming and it’s quite likely that human activity is a significant reason for it. But is it really causing historically more extreme weather, more often?

Not if you go farther back in history than some people want to go.  A historic study of Atlantic hurricanes from 1900 to 2019 shows that, in fact, the frequency of hurricanes making landfall in the U.S. has declined, albeit slightly.  The intensity isn’t rising either.

But for some people. history only covers the years 1980 to last year. In that time period, storm intensity has risen, but only to the level of the 1940s and 50s.

Moreover, our vulnerability to hurricanes is less today than it was in the past, even in the recent past. Since the 1960s, a major flood control dam on the Naugatuck River prevented repeats of Diane’s flood—reportedly as recently as 2015.

Control systems undoubtedly saved lives in Louisiana from Ida. The Hurricane and Storm Damage Risk Reduction System put in place to prevent another Katrina apparently worked as the Army Corps of Engineers planned it to work. Though the people of southern Louisiana faced hardships, the death toll was 95 percent lower from Ida than it had been from Katrina.

Scientists and politicians should be careful of using recent bad experiences to make predictions about how the climate will behave. They are almost always wrong and seem foolish afterward. James Hansen, one of the world’s leading climate scientists, for example, predicted New York City’s Westside Highway would be underwater by the early 2000s. It isn’t.

Still, here’s a safe prediction: There will be more bad hurricanes in the future—as there has always been in the past.