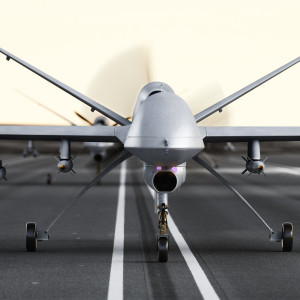 Where Is Our Backbone?

On October 25, 1973, to stop the Soviet Union’s imminent intervention on the side of the Arabs in the Yom Kippur War between Israel and a coalition of Arab states led by Egypt and Syria, America went to Defense Condition III.

Defcon III put our nuclear-armed units on high alert, just short of Defcon II’s readying them for imminent use. The 82nd Airborne Division was alerted to ready troops to board aircraft for deployment; U.S. aircraft carriers moved toward the Eastern Mediterranean.  The Soviets backed off.

Egypt and Syria had launched surprise, coordinated and initially successful attacks on Israel to recover the Sinai and the Golan Heights that had been lost in the 1967 war.  A key to Israel’s success in countering the attacks was Israel’s crossing the Suez Canal into Egypt. This bottled-up Egyptian troops in the Sinai and threatened Egyptian cities. This prompted the Soviet Union’s imminent intervention. Our response and the situation on the ground allowed for a negotiated settlement acceptable to all.  The Israeli counterattack into Egypt was essential, as was the backbone of the United States.

On May 31, 2022, President Biden wrote in a New York Times article: “Standing by Ukraine … is in our vital national interests to ensure a peaceful and stable Europe and to make it clear that might does not make right.” He states that without paying a “heavy price,” Russia’s actions will encourage other would-be aggressors, put other peaceful democracies at risk, and bring catastrophic consequences for the world.

A “heavy price” is not sufficient. Russia must lose or face losing. The Soviets defeated Germany with the same tactics now used in Ukraine: unlimited use of manpower, artillery, rockets and armor, all without regard for the lives of Russian soldiers. Russia expects a “heavy price” to win.

In 1973, a peaceful and stable Middle East and the defense of Israel were our vital national interests. Today, a peaceful and stable Europe, of which Ukraine is a part, is likewise vital for us. Russia seeks control of all of Ukraine as the first step to recovery of the former Eastern and Central European countries of the Warsaw Pact. Unstopped, Russia will pound Ukraine, aiming to break out of the Donbas, rout Ukrainian troops and destroy Ukraine’s military. Russia will accept a limited negotiated settlement only in the unlikely event it concludes that despite its tactics, the rout is not currently feasible.

Ceding Ukrainian territory for a temporary peace is a prelude to the next war.   Russia will bide its time, husband its resources and rebuild its military. Unless decisively defeated, Russia will attack again before Ukraine grows too strong and as the West gets complacent.

The war is existential for Ukraine as it was for Israel in 1973. Our skittish restrictions on offensive arms for Ukraine, such as denying Ukraine long-range rockets that can reach into Russia, tie one hand behind Ukraine’s back.

The West must do two things. First, enable Ukraine, as America did Israel in 1973, to use offense as defense, to counterattack into Russia in a way that threatens the rear of Russian troops and draws forces out of Ukraine to defend Russia. Our vital national interest demands that Ukraine win decisively so barbaric Russia’s ambitions are thwarted.

Second, we must stop a Russian rout if Russia breaks out of the Donbas. Our unwise announced policy that NATO must first be attacked says we will let Ukraine fall. Ukraine’s fall will sate Russian ambitions, lead to its next aggression, embolden China and North Korea, and present a much greater risk of nuclear war. We should instead be prepared to go to Defcon III and mobilize our forces.

The nation and the president did what was necessary in 1973 despite the risk and despite President Richard Nixon’s reeling from Watergate. Henry Kissinger was an architect of that response but now inexplicably argues for Ukraine to give up its territory for “peace.”

The 1962 Cuban Missile Crisis and the 1973 Yom Kippur War demonstrate that the world is safest when our adversary knows our clear, firm resolve to protect a vital interest. Half-measures embolden adversaries and are far more dangerous.

Our leaders must stiffen the nation’s backbone for the risks we must take.

Daniel O. Jamison is a retired attorney who writes on military affairs and other issues. He wrote this for InsideSources.com.