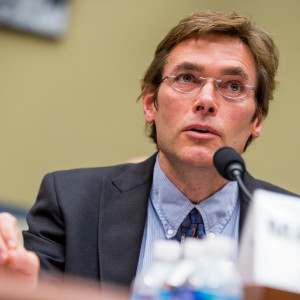 The Virginia Tech professor credited with sounding the alarm about poisoned water in Flint says the District of Columbia’s own long-running problems with lead exposure dwarf the crisis in Michigan.

One day after appearing before Congress to blast federal officials for their handling of the Flint crisis, Marc Edwards told InsideSources that District of Columbia residents were exposed to higher levels of lead-tainted drinking water for a longer period of time than the Flint residents he and his team have been helping over the past year.

Asked Wednesday to compare the health emergency in Michigan and a similar, years-long crisis that unfolded in Washington beginning in 2000, Edwards said by email the long-term health impact of lead-tainted water in the nation’s capital will be “20-30 times worse” than what’s happened in Flint.

Contamination levels in D.C. peaked in 2004 at three times the levels seen in Flint, with 6.5 times as many people exposed for twice as long as in Michigan, Edwards told InsideSources, calling the Washington crisis — and the way it was handled by local and federal officials — “a nightmare.”

Edwards, a civil and environmental engineer, has been involved in water-quality issues throughout his career and before Flint was best known for bringing attention to lead contamination in the District after he began finding unusually high lead levels in area homes beginning in 2003.

He was one of the authors of a 2009 study that calculated as many as 42,000 District children were exposed to the contaminated water during the worst years of the crisis, 2000 to 2004, and are at risk of future health and behavioral problems linked to lead.

Edward’s 2009 study contradicted public assurances issued by federal and D.C. health officials who acknowledged record levels of lead in city water but downplayed impacts on public health. A congressional investigation a year later confirmed, as Edwards had already predicted, that remediation efforts then underway by the District of Columbia’s Water and Sewer Authority (WASA, now known as DC Water) could make lead contamination worse in some homes.

Edwards told InsideSources he has lingering concerns about the estimated thousands of lead pipes that remain in the District’s water system.

DC Water officials, asked to comment for this story, requested more time to provide a detailed response to Edwards’ remarks. But in a standing feature on the water authority’s website, General Manager George Hawkins defends the quality of the District’s water supply in a letter to consumers: “Testing has shown our water to comply with federal lead standards since 2005, and the results have even improved over time. This is good news, and we believe it is the result of changes in water treatment that reduce the release of lead from pipes and other sources.”

Elsewhere on the site, the authority has an anti-bottled water page, complete with an animated YouTube video, that encourages consumers to drink DC Water’s “safe, affordable, high-quality” tap water instead.

Another page features tips on reducing exposure to lead, including using only filtered water for drinking and cooking water, letting the cold tap run for two minutes for any water intended for consumption and regularly checking and changing aerators in faucet heads for sediment.

Appearing Tuesday before the House Oversight and Government Reform Committee, Edwards ripped the Environmental Protection Agency, testifying that the EPA’s handling of the Washington lead crisis created the conditions for Flint.

“EPA and other agencies caused a similar lead-and-water crisis in Washington, D.C., from 2001 to 2004 … they completely covered that up for six years, and wrote falsified scientific reports. And it created a climate in which anything goes across the United States, anything at all to cover up health harm from lead in drinking water.”

“I was not surprised when Flint occurred, I was expecting a Flint to occur,” Edwards told Republicans and Democrats on the committee.

The Oversight hearing comes amid lawsuits, several investigations and a huge public outcry over revelations that the more than 100,000 residents of Flint — including between 6,000 and 12,000 children — were exposed to lead-contaminated drinking water after the city switched its water supply to save money in 2014.

In January, President Barack Obama declared a state of emergency in the city and two weeks later the EPA official in charge of the region, EPA Region 5 Administrator Susan Hedman, stepped down under heavy criticism.

Michigan officials, including Republican Gov. Rick Snyder, who appointed the financial manager to oversee the insolvent city, have also come under fire.

Both Democratic presidential candidates have called for the governor, who is set to testify Thursday before the Oversight Committee, to resign over the state’s handling of the disaster.