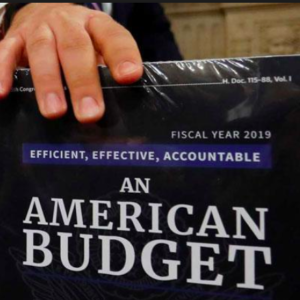 Who Cares About the Federal Budget? We All Should.

At a donor event at Mar-a-Lago recently, President Trump asked, “Who the hell cares about the budget?” Indeed, with budget deficits on his watch tipping into the trillions, Trump does seem not to care.

Gone are the days when Republicans would criticize profligate spending as they did during the Obama years. Within days of Trump’s devil-may-care question, the Congressional Budget Office, charged with producing forecasts of the economy and federal budget, projected trillion dollar deficits for the foreseeable future.

Congress needs unbiased analyses when it comes to budgetary concerns, even if the president is on record as not caring. But evidence suggests that CBO’s forecasts are far from unbiased, though this isn’t the CBO’s fault. Since 1997, the CBO has made 187 forecasts of federal revenues, spending and debt.

But the law requires CBO to incorporate certain assumptions into its forecasts, even if those assumptions are unrealistic. To give one example, these required assumptions contributed to CBO projecting in August 2011 that the economy would grow at a dot-com boom pace starting in 2014. But by 2014, the economy was actually growing at a post-dot-com crash pace.

CBO typically over-predicts revenues and under-predicts spending in each year leading up to that 10th year. Add up all those “rosy in both directions” errors, and the CBO ends up with deficit projections that are much rosier than reality. And those deficits accumulate into much more future debt than what the CBO forecasts. On average, the CBO’s forecast for the debt 10 years in the future is around 40 percent too low.

But, knowing these numbers, we can adjust CBO’s predictions by its average historical error to determine what is more likely to happen.

As the debt rises, the annual interest on the debt will go from consuming 18 percent of tax revenues today to almost one-third by 2029 — and even then, only if the Federal Reserve keeps holding interest rates down. If Trump doesn’t care about this, and there is no evidence to suggest he does, we can get ready for ever more spending, which will escalate the amount of taxes needed simply to cover the interest on the debt.

What lies at the end of this seemingly endless parade of spending is something anyone can predict: insolvency.