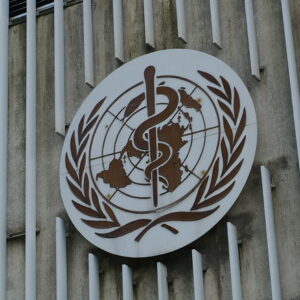 Tobacco kills roughly eight million people around the world every year, mostly in low- and middle-income countries. The World Health Organization (WHO) has long aimed for complete eradication of the substance, calling it “one of the biggest public health threats the world has ever faced.”

This month’s ninth Conference of the Parties (COP9) of the WHO Framework Convention on Tobacco Control (FCTC) promotes a science-based public health approach to the tobacco epidemic. This represents an opportunity to acknowledge––on a global scale––that various tobacco products and modes of use have differing levels of risk, and that harm reduction should be included in its recommendations going forward.

The WHO is already an advocate for harm reduction when it comes to sexual health, opioids, and other drugs. Yet, when it comes to tobacco, they instead aim to eliminate all use and exclusively promote prohibition-style tactics. This strategy comes with significant drawbacks.

It’s widely known that cigarettes are exceptionally addictive and harmful, yet many remain unable or unwilling to stop smoking. The use of reduced-risk products provides a safer intermediate option and can help people move closer to quitting tobacco completely. On a larger scale, increased support for tobacco harm reduction (THR) could drastically reduce the burden of global tobacco-related disease and deaths, especially when paired with existing prevention and cessation efforts.

Encouraging countries to ban, rather than regulate substances fuels illicit markets, which the WHO recognizes as a problem. In addition, product safety will suffer. Counterfeit vape products have been linked to exploding batteries, misrepresentations in nicotine content, and the 2019 e-cigarette or vaping product-associated lung injury (EVALI) outbreak in the United States. Globally, well-intentioned bans on ENDS products promote a “quit or die” philosophy that deprives the very countries suffering from the greatest smoking-related disease burden of reduced-risk alternatives that are legal and well-regulated.

While the ultimate public health goal is indeed for people to quit using tobacco altogether, the established and heavily regulated substance isn’t going to disappear overnight. Fortunately, however, tobacco products don’t all carry the same risk. Combustible cigarettes are most harmful, nicotine replacement therapy products are least harmful, and various non-combustible products land in between. This continuum of risk gives people options for reducing potential harms and protecting their own health.

By ignoring years of evidence supporting the potential of non-combustible tobacco products to reduce risks associated with continued tobacco use, the WHO is missing an important opportunity to help adult smokers transition toward lesser harm.

The WHO should follow its own advice and use its influence to promote evidence-based strategies that will mitigate tobacco-related harms. First, it should acknowledge and promote THR by adding it as the fourth pillar of the FCTC, alongside (1) prevention of initiation, (2) smoking cessation and (3) protection from second-hand smoke.

Indeed, the WHO can simultaneously support the widespread application of THR and its existing tobacco control priorities by providing evidence-based guidance to countries that have not yet developed regulations around reduced-risk products. Such efforts should emphasize policies that prevent youth from initiating any nicotine use while ensuring adult smokers have low-barrier, equitable access to safer alternatives.

More than one billion people smoke cigarettes worldwide, a habit that leads to millions of deaths and even more illnesses every year. The WHO’s MPOWER model of tobacco control, focused solely on demand reduction, is a disservice to millions of adult smokers globally. Harm reduction offers a solution that can improve public health by reducing the global burden of disease and death attributable to combustible tobacco products.

Pritika C. Kumar, PhD., is a resident senior fellow for Integrated Harm Reduction Policy at the R Street Institute, and briefly served as a senior regulatory scientist at Altria. She wrote this for InsideSources.com.

Stacey McKenna, PhD., is a resident senior fellow for Integrated Harm Reduction Policy Policy at R Street. She wrote this for InsideSources.com.