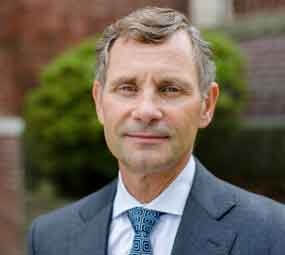 Meet the Man Behind the Global Warming Lawsuits Racket

When Boulder, Colorado and the surrounding county became the first landlocked jurisdictions to sue major energy companies over the impact of global warming, critics quickly pointed out how similar the wording of their case was to lawsuits previously filed by Oakland, California and other cities. That wasn’t a coincidence.  A specific group of environmentalist lawyers has spent years trying to win a court ruling that would put energy companies on the hook for millions of dollars in purported global warming damages. These climate change lawsuits are mostly connected to one man–Matt Pawa.

Pawa is an attorney who leads the environmental practice group at Hagens Berman Sobol Shapiro, a firm that specializes in large class-action lawsuits. He is the one person generally credited with pioneering the legal liability theory being used against the energy companies.

Pawa has a close relationship with the state attorneys general who have launched a flurry of climate change lawsuits in the past year. In fact, he was present at a 2012 meeting in La Jolla, CA, where the strategy of attempting to build a RICO-like case against energy companies was developed.

Four years later, Pawa gave a presentation on environmental litigation to a group of friendly attorneys general from states like New York, Vermont, and Illinois. Also present was Sharon Eubanks, who led the Department of Justice investigation of major tobacco companies under the RICO statute.

At these meetings, Pawa and an associate, Peter Frumhoff, spent 90 minutes coaching the attorneys general on the arguments behind climate change litigation and the need to take immediate action.

“These lawyers are focused on assisting states in investigating whether Exxon has violated consumer fraud statutes and in particular on the possibility of obtaining injunctive relief similar to the federal RICO injunction, e.g., requiring Exxon to disclose all of its documents on this matter, [thereby] prohibiting further deceptive statements and requiring the issuance of corrective statements,” wrote Pawa in a February 2016 email forwarded to one invitee.  Soon after came a March 29, 2016, Manhattan press conference announcing a no-holds-barred campaign by these officials against their political opponents in the global-warming policy debate.

From the outset, the state attorneys general worked to cover up Pawa’s involvement. After the meeting, Vermont Deputy Attorney General Scot Kline and New York Assistant Attorney General Lem Srolovic, specifically coached Pawa not to discuss planning meetings they had all attended if asked by a reporter.

Nevertheless, slides and other information shared by Pawa at this meeting was quickly spread among officials in California, Illinois, and New York.

Getting the movement off the ground though took money. Emails obtained by the Competitive Enterprise Institute show that wealthy liberal philanthropist Wendy Abrams, who emailed schedulers for state attorneys general to set up meetings with staff from environmental law clinics at universities and law schools.

At NYU, Michael Bloomberg is funding one such clinic with the express intent of helping to pass a liberal environmental agenda that would not otherwise be approved.

The meeting shows that green money is insidious in many state governments and is likely moving into the government offices of large cities as well. Using non-profits as financial go-betweens, these attorneys allow liberal mega-donors to plot coordinated attacks on American energy companies. So far, they have not been successful, but, with tens of millions of dollars already committed, the scheme is unlikely to evaporate overnight.

After all, some of the firms involved seem to exist almost solely to handle these lawsuits.  Sher Edling, the firm handling the lawsuits filed by Baltimore, San Mateo County, Marin County and the City of Imperial Beach, the state of Rhode Island, and other litigants, was only founded in 2016. This makes it barely older than the lawsuits themselves. Still, the firm stands to make millions if a judge grants a favorable ruling.

While cities like Oakland and New York have tried to pass off the climate change lawsuits as upstart actions against an unfriendly federal government, they are in fact the result of a well-funded and coordinated effort to use private money and outside influence to influence public policy. And the person at the center of this effort is Matt Pawa.