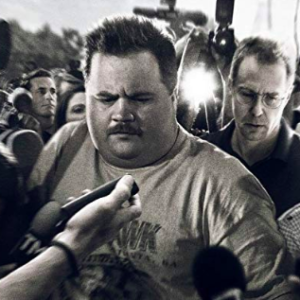 Why Are the Media Giving Uber the ‘Richard Jewell’ Treatment?

Now that Clint Eastwood’s made a movie about the media’s epic mishandling of the Richard Jewell story, he may want to do a follow-up film: “Uber.”

The difference is that in the case of the alleged Olympic bomber, CNN didn’t know their story was bogus. The press can’t say the same about their coverage of Uber.

The Washington Post called Uber’s report a “staggering revelation.” And when cable news viewers hear the words “sexual assault” and “six thousand” in the same sentence, they’re likely to find it alarming and staggering, too.

It’s just not the real story.

Yes, it’s true that Uber’s recently — and voluntarily, it should be noted — released safety report said there were 5,981 claims of sexual assault in 2017 and 2018 on rides in the U.S, including 464 reports of rape. And given the horrifying nature of the crime, even a single rape is enough to (rightly) inspire outrage.

What’s lacking, however, is context. These incidents occurred over two years and 2.3 billion Uber rides. Or as the headline at libertarian Reason Magazine put it: “The Chance of Your Uber Ride Ending in a Rape Is .00002%”

And then there’s the largely-overlooked fact that in nearly half of the incidents in Uber’s report, the passengers — not the drivers — were the alleged perpetrators. In 45 percent of reported incidents, riders were the accused party, while 54 percent involving drivers.

Of course the media should report on Uber and the potential danger of sexual assault riders might face.Unfortunately, many outlets have chosen to instead declare Uber uniquely dangerous, regardless of the data. As a result, they’re putting people at risk.

Convince young women that every Uber ride is a mobile assault just waiting to happen, and they’ll be more tempted to drive themselves home after a few drinks.  Researchers agree that Uber has reduced the incidence of drunk driving. Ending that trend isn’t reducing risks.

Partiers can always get picked up by a cab of course, but once again, where’s the context?  There’s no evidence that cab rides are any safer — another detailed largely ignored in the Uber coverage.

Both the Associated Press and The Atlantic have done extensive reporting and discovered that few law enforcement agencies track whether an assault occurs in a taxi, Uber, etc. “We asked police departments in five cities — Boston, San Francisco, Chicago, New York, and Washington, D.C. — for information about assaults against passengers of taxis or Uber cars. None of them tracked violent crimes at that level,” The Atlantic reported.

Anecdotal evidence indicates that cab drivers have at least the same likelihood of engaging in an assault. In 2016, for example, the problem of cabbies attacking customers was so serious that NYC Police Comissioner Bill Bratton urged women to “buddy up” for late-night cab rides as a form of self-defense.

And then there’s the overall crime rate in the country. According to FBI crime statistics, in 2018 there were 7.7 rapes per 100,000 Americans, which means every person had a .0077% chance of being a victim — higher than the rate reported by Uber.  So once again — where’s “Uber’s sexual assault problem?”

Critics — and Uber has many — argue that comparing overall statistics is itself misleading because sexual assaults by Uber drivers are attacks committed by strangers, and those are relatively rare. Fewer than 20 percent of rape incidents reported to the FBI in 2018 were committed “stranger rape.”

“We all think being victimized by a stranger is just the price of just living in America,” John Roman, a senior fellow at NORC at the University of Chicago told Wired. “But I think people don’t understand how rare stranger homicides and stranger rapes are. To see all these [Uber-related] rapes and murders — that’s the thing that makes me really alarmed here.”

Once again, where does “all these” come from? There’s no data showing Uber being more or less safe than the transportation alternatives? Why the focus on Uber?

One reason is that cab companies and city municipal transportation organizations haven’t made themselves a target by releasing the sort of data Uber has. Their competitors are taking a “don’t ask, don’t tell” approach.

Another motive might be the onslaught of anti-Uber messaging backed by both the traditional cab industry and pro-regulation activists who don’t like Uber’s laissez-faire business model. For years they’ve been trying to heavily regulate the company (as in California) or ban it outright (as Austin, Texas did, before being overruled by the state legislature).

Whatever the cause, there’s a clear double standard at work. Compare the media’s high-profile coverage of the Uber report while largely ignoring, for example, reporting on sexual abuse by teachers. How many Americans know that about one in 10 high school students report some incident of sexual misconduct by an adult school employee, usually a teacher or coach?

How many Americans who saw the “Uber’s sex-crime problem” coverage know that more than 1,000 incidents of sexual misconduct by police officers were recently reported over an eight-year period? Or that the rate of these alleged incidents among cops was higher than among Uber drivers?

And then there’s this nugget buried in most of the media coverage: The number of reported sexual incidents involving Uber actually went down 16 percent over the past two years.

So why are the media giving Uber the “Richard Jewell” treatment?