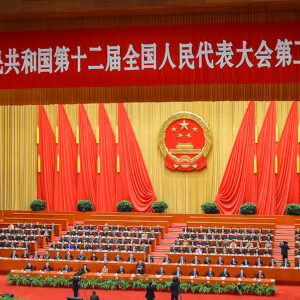 Why China Is Not A Failed State

The China experts have spoken telling us that the Chinese party is over. For example, Daniel Rosen writes, “The reality is that Beijing…has had to fall back on its old ways—which are not succeeding.” Concerning foreign policy, Nikkei Asia’s headline blared, “China’s expense bet on Africa has failed–Coronavirus crash in commodity prices wasted $200 billion in investment and loans.”

Michael Schuman piles on by saying, “You’d expect Beijing’s officious planners to tackle this challenge… with the full zeal and heft of the state…. Like a deer caught in the headlights, the Communist Party has seemed paralyzed, unable to mount a response even as the aging [population] express train runs it over.”

“The report of the death of the Chinese economy is an exaggeration,” to paraphrase Samuel Clemens. While Chinese data are notoriously corrupt, even if the data are manipulated by a substantially large factor, it is wrong to claim China is a failure for the vast majority of its people. The fact is the Chinese economy has increased in size from 20 percent of the economy of the United States in 2002 to over 60 percent in 2019. By contrast during the same period, Indian GDP moved from 7 to 16 percent of American GDP. Part of this is undoubtedly the slowing of American GDP growth, the vast preponderance of it is the economic growth of China. This relative advantage is not dissipating.

Price adjusted domestic consumption in China has increased by an average of over 11 percent per year and on a per capita basis over 10 percent per year between 1986 and 2019. Suppose the Chinese data has been overblown by a factor of two – the growth rate is still historic and the Chinese people’s lot has improved amazingly since the 1980s.

Since the turn of the Century, China has lowered its dependence on exports so that a recent McKinsey report notes “in 11 of the 16 quarters since 2015, domestic consumption contributed more than 60 percent of total GDP growth.” Additionally, McKinsey reports China is securely tied to the domestic market with 82 percent of Chinese firms’ revenues earned domestically vs. only 56 percent of the S&P 500’s firms’ revenues earned in the U.S. In addition, it is instructive to note that China is the fifth-largest exporter of services with $227 billion of exports in 2017. China also imported $468 billion making it the second-largest services importer in the world according to McKinsey.

Furthermore, it is difficult to make the case for Chinese failure in controlling the pandemic because China, Inc was almost fully back in business during the first week of May 2020 after shutting down around January 25. This happened because the CPC (Communist Party of China) instituted a strict lockdown of about three-fourths of a billion people. Reading press accounts one might have thought that just Wuhan locked down (11 million people) but the Chinese lockdown covered three-fourths of a billion people. The lockdown was accompanied by contact tracing via smartphone apps introduced very early (February) using the vast amounts of data available to the CPC. (See: The New York Times “In Coronavirus Fight, China Gives Citizens a Color Code, With Red Flags”

Called to additional service to thwart the virus’ spread were an estimated one Skynet camera for every seven Chinese citizens and the decidedly low-tech but effective traditional snitch lines, cash rewards, and threats to enforce the lockdown with harsher measures. This massive mandatory confinement was not a secret nor were the 2021 anniversary and goals with the consequences of failure to control the virus obscure. In his Wall Street Journal opinion piece, Walter Russell Mead did note China was struggling to contain the virus but makes no mention of the scale of those efforts, nor the potential consequences of their failure. The policies did not fail, with the Chinese economy was restarting by early May. The 100th-anniversary celebrations of the CPC went off as scheduled in early July with the virus not in attendance.

Hardly the hallmark of a failed state this year also marks the fulfillment of General Secretary of the Central Committee Hu Jintao’s pledge to double GDP per capita between 2010 and 2020 with an aim to reach those in China who had been left behind by the first wave of the Chinese boom. This latter objective is seen as a critical assessment of CPC policies and the legitimacy of its control of the party and society by President Xi Jinping. Whether the data is totally accurate (it isn’t), China watchers almost all agree that the growth of the Chinese economy has been nothing short of spectacular.

The Economist states, “China’s economy will be about as big in 2021 as everyone in 2019 expected it would be…[and] What sets China apart is that it will also manage to have grown, albeit modestly, in 2020. A failed state, indeed?

In a nutshell, while China’s handling of the origins and treatment of the COVID-19 virus has been dishonest to say the best, its containment of the disease has been extraordinary by global standards. Of course, no other country has the capacity to lock down in the way the CPC did. Furthermore, no other has the desire to perform such a “public health” measure. Given those facts, the CPC, non-the-less, with the forced cooperation of vast 10s of millions of people drove the economy to a strong performance despite the pandemic. Finally, China has established a solid base of economic growth for the vast majority of its people during the previous decades that an unimaginable catastrophic failure would have to take place to reverse this deluge. China is not now or soon to be a failed state.

Associate Professor of Economics, Emeritus, University of Connecticut and Founding Partner Fides, Philanthropic Management, LLC He wrote this for InsideSources.com.