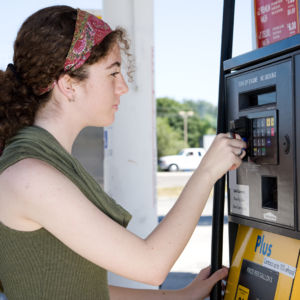 Why Did Oregon Ban Self-Service Gas Pumps? (At Least Until Now)

With the dawning of 2018, Oregon is finally moving into the 21st century (or perhaps they have just made it to the 20th.) As of January, motorists in much of Oregon will be able to fill their own gas tanks, a task that drivers in other states take for granted. New Jersey now stands as the only state where it remains illegal for motorists to pump their own gas. The new law has allowed for some jokes at the expense of Oregon drivers who worried that pumping their own gas would cause massive spills and leave them smelling of fuel. Oregon’s ban on self-service gas pumps dates back to 1951, when the state was concerned about untrained pump operators spilling fuel. Since then, gas stations and pumps have become safer and most states have abandoned these laws. If most of the country has learned to pump its own gas, why do some Oregon residents continue to advocate for station attendants?

Part of the answer is comfort. Supporters of mandatory station attendants have praised the convenience and sense of luxury that comes with not having to get out of your car to fill up. The statute also makes a point of mentioning that the self-service gas pump ban minimizes driver exposure to gas fumes. Most of the rationale for the law is safety, though. The state’s statutes cite fire hazards as the primary reason why drivers can’t pump their own gas. This risk has been mitigated by advances in gas pump technology that today make spills less likely.

However, the ban on self-service stations is based on variations of this concern over improper dispensing of gasoline leading to fires or spills. Relying on station attendants means that a trained operation is able “to maintain a clear view of and give undivided attention to the pumping process.”

This does reduce liability insurance rates for gas stations in Oregon.

Gas station attendants were phased out across much of the country during the 1970s, when skyrocketing oil prices left drivers seeking to save a few cents on fuel. Today, it is estimated that Oregon’s self-service pump prohibition has raised fuel prices by 3-5 cents.

In Oregon, many drivers have grown to enjoy the service. As a result, even after the new legislation takes effect, drivers may not notice many changes. For one thing, the prohibition on self-service gas pumps was only lifted for counties with fewer than 40,000 residents. This includes 15 out of the state’s 26 counties. An additional three counties will allow self-service gas pumps between 6 p.m. and 6 a.m. The legislation also allows, but does not mandate self-service pumps. Some stations have already promised that they have no intentions of getting rid of attendants any time soon.

Supporters of the ban on self-service have also cited the economic benefits, particularly with regards to employment. A ban on self-service gas pumps does add jobs, though perhaps not as many as some would think. Oregon stations employ about 9,800 attendants. (For perspective, there are about 2.1 million working adults in the state). These positions are not the most well-paying jobs, with wages generally in the $9 to $12 per hour range.

At the same time, other reasons for station attendants cited in the statute are more far-fetched. For one thing, it is considered to have an economic justice benefit.

“The typical practice of charging significantly higher prices for full-service fuel dispensing in states where self-service is permitted at retail (…) discriminates against customers with lower incomes, who are under greater economic pressure to subject themselves to the inconvenience and hazards of self-service,” the statute reads.

The law also cites the benefits to car maintenance from having a trained attendant put fuel in the vehicle and warns of potential harm to children left unattended for the few seconds it takes a parent to pay for gas. According to the law, these children create a “dangerous situation.”

While there may have been safety concerns 65 years ago, Oregon’s ban on self-service gas stations is becoming increasingly ad hoc over time. Exemptions already allow truck drivers to pump their own fuel and for motorcyclists to refuel their own bikes after being “handed a discharge nozzle” by a station attendant. More recently, Oregon has been softening its regulation on self-service gas pumps. In 2015, legislation was passed to allow motorists to pump their own gas at night in rural areas of the state, even in cases where the stations were technically open.