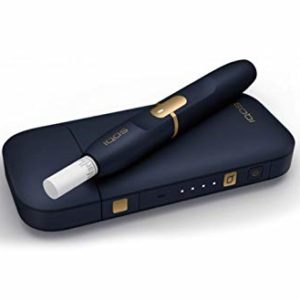 Why I Care About Harm Reduction

As president of the Taxpayers Protection Alliance, I don’t usually write about policy from a personal perspective (even though I am a taxpayer). Over the past two years, TPA has written extensively about the Food and Drug Administration and its unique position to approve harm reduction products that help people switch from traditional cigarettes to reduced-risk products, such as vaping and heat-not-burn products like IQOS.

This issue piqued my curiosity on a professional level, because the FDA has not followed the lead of other federal agencies that have cut back on red tape over the past couple of years. But the issue has also brought out plenty of emotions, since a heavy smoking addiction (3-and-a-half packs of cigarettes a day for more than 20 years) led to my father’s untimely demise at the age of 63.

Unfortunately, tragic stories of smokers succumbing to entirely preventable diseases will continue, as long as the FDA continually delays approving smoking cessation products. Despite a statutory requirement to respond within 180 days, and despite IQOS being proven to be effective for harm-reduction, the FDA continues to drag its feet and, two years after receiving the product’s application, and has not given any indication of moving forward with evaluation. Bogging down life-saving products in a thick fog of regulatory uncertainty is illegal, illogical and destructive for American consumers.

To add insult to injury, the surgeon general just suggested that, in order to crack down on youth vaping, localities should raise taxes on vaping products and increase vaping restrictions indoors.

Increasing taxes will not deter youth vaping.  In fact, increased taxes will drive vaping underground, funneling money to the black market. Countless states and countries raised tobacco taxes, and the result was a vibrant and expanding black market for the products, with the proceeds going to criminal organizations. The evidence is clear: higher taxation makes legitimate access more difficult, and makes the Al Capones of the world far richer.

But the issue means far more to me than data and empirical evidence. I grew up in a household where both parents smoked. This was certainly not uncommon in the 1970s. My father practically woke up with a cigarette in his mouth and fell asleep with one in his mouth. I visited him at work one day and he was smoking two cigarettes at one time! I rode to school with him as he chain-smoked. The windows were always up so I was the recipient of a constant, swirling alphabet soup of carcinogens. It was awful. He was addicted, and here I was sucking in the products of his addiction. I wish my father had access to harm reduction products like vaping or IQOS.

Even researchers skeptical about the benefits of reduced-risk tobacco products can’t escape the same conclusion: IQOS is simply far safer than conventional products. In 2017, a research team led by heat-not-burn skeptic Dr. Reto Auer of the University of Bern in Switzerland examined the level of carcinogens emitted from an IQOS puff, compared to the traditional cigarette brand Lucky Strike. The team found that amounts of polycyclic aromatic hydrocarbons found in IQOS smoke were far lower than for cigarette smoke.

Meanwhile, IQOS’s acceptance in Japan has led to widespread usage, as smokers find their cravings satisfied with a much less harmful product. IQOS share in the market has reached around 10 percent, and a large independent survey confirms that smokers are subbing out conventional products for IQOS in interesting ways.

According to the results, “respondents primarily reported using IQOS when socializing with groups of non-smokers where the use of combustible cigarettes could infringe on smoke-free social situations.” Whereas non-smokers would normally have to encounter secondhand smoke in these situations, IQOS created a safe environment with minimal carcinogens in the air.

This past February, the Philadelphia Eagles won their first Super Bowl.  Growing up outside of Philadelphia, my father and I would bond over watching the Eagles win or lose (most often lose). My father wasn’t alive to watch the Eagles win the Super Bowl so it was a bittersweet moment for me.

I wish there were products like IQOS in the 1970s to help my father, but the technology was still far away. But, the FDA has an opportunity now to approve IQOS and help people quit