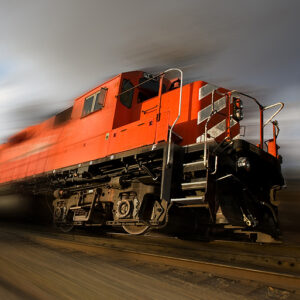 Imagine if every bus and taxicab had lasers and cameras underneath, evaluating every mile of road for safety issues to help the transportation department spot the most serious problems as quickly as possible. Would that be smart?

Well, the railroad industry has a pilot program doing just that — and now the Biden administration is attempting to hit the breaks.

“The track data collected by ATIP is used by FRA, railroad inspectors and railroads to assist and assure track safety is being maintained by setting priorities for their respective compliance activities. Also, the data is used by FRA to assess track safety trends within the industry. Immediately following ATIP track surveys, the railroads use the data to help locate and correct exceptions found. Often railroads use the ATIP data as a quality assurance check on their track inspection and maintenance programs,” the DOT’s website reads.

But Biden’s FRA is letting ATi pilot programs die, some believe at the behest of labor unions who fear jobs will be lost to more accurate and efficient safety technology.

“In recent years, six Class I railroads had obtained FRA approval for test programs and in one case a waiver to conduct automated track inspections in lieu of some of the visual inspections that are still required at frequencies established by FRA in a 1971 rulemaking,” says Ted Greener, Assistant Vice President for public affairs at the Association of American Railroads (AAR). “ATI technology detects track geometry defects with increased accuracy, and the test programs and waivers have yielded positive safety results.”

“In 2021, FRA let some of the test programs expire unexpectedly,” says Greener. “After congressional pressure, FRA decided it would let four railroads continue their test programs, but only until November 2022, and will let a dedicated committee evaluate a potential future rule change.”

But FRA recently denied Burlington Northern Santa Fe (BNSF)’s request to expand its existing waivers to additional territories after the safety successes of its ATI program, which is now the subject of litigation.

“FRA also denied Norfolk Southern’s waiver request and allowed that railroad’s test program to expire and indicated it would not renew that program, all despite positive safety results,” says Greener. “For the FRA, which is charged with regulating rail safety, these actions are dumfounding.”

Greener is not the only one scratching his head.

Some two dozen Republican senators are so concerned, that they wrote to Amit Bose, FRA Deputy Administrator urging the administration to support the high-tech inspections. “The results of the ATI programs have overwhelmingly proven the safety benefits of the concept. In some cases, the ATI tests have resulted in an over 90 percent reduction in unprotected main track defects per 100 miles tested,” they wrote.

The senators went on to urge RFA to embrace “significant safety improvement opportunities” and work with legislators in the process.

Why would the Biden administration block a safety inspection program that increases the amount of track covered, particularly during a labor shortage when the rail industry, like nearly every other, is struggling to find workers?

“The only opposition to Norfolk Southern’s request for extension of its ATI test program came from the Brotherhood of Maintenance of Way Employees Division (BMWED),” said Scribner. “In its letter to FRA, BMWED misrepresents basic facts, such as suggesting that ATI is presently designed to replace manual visual track inspections rather than augment them.”

“Safety is the core of the Federal Railroad Administration’s mission, and we take a comprehensive and systematic approach to advancing the use of technology in the industry,” an FRA spokeswoman told Inside Sources. “On automated track inspections, FRA authorized test programs for every railroad that requested them, and then provided additional time to each railroad that failed to complete its ATI test program within the approved time schedule, ensuring the broadest range of data upon which to base any future FRA safety action.”

“(That is) a goal long shared by the federal rail safety regulator, yet actions to quell ATI contradict this mission,” says Greener. “Maintaining strict adherence to regulatory policy established in 1971 – a time in which rail safety was inferior – is troubling, (so) safety-improving technology should be used as often as possible, particularly systems like ATI that reduce the risk for workers and increase efficiency.”

FRA says it has also tasked the Railroad Safety Advisory Committee (a federal advisory committee with a balanced membership representing all facets of the rail industry) to provide recommendations, informed by test program data, for a rule to integrate ATI into FRA’s track inspection regulations.

Meanwhile, the FRA’s website continues to tout the ATIP technology.