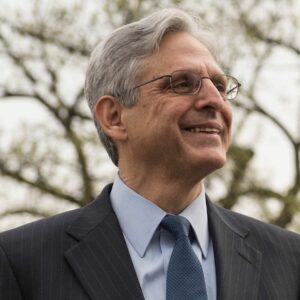 Why Merrick Garland’s Police Reform Approach Will Be Useless

Merrick Garland is the new U.S. attorney general. But will things change under his leadership? He weighed in on police reform during his Senate Judiciary hearing, and it was enough to give any criminal justice advocate a headache. He discussed some great ideas: The potential for increased police investigations led by the Justice Department and criminal prosecution for police officers who break the law. But he’s missing a major justice policy consideration—the most important one, in fact: Qualified immunity. Fortunately, Congress is ready to take on the battle.

In July 2020, federal courts blocked a wrongful death lawsuit from Tony Timpa’s family, who died after calling 911 in hopes of receiving help with his psychotic episode. Instead, Dallas police restrained Timpa’s arms and legs and kneeled on him for 14 minutes, crushing his lungs. He died shortly after. The video of the event is appalling, demonstrating clear evidence of excessive force.

But the cops weren’t charged.

These kinds of injustices happen all too often. In one Texas case, a prison guard was let off the hook after needlessly pepper-spraying an inmate. And in Michigan, courts protected police officers who, after mistaking him for a suspected thief, brutally beat up and choked an innocent man until he became unconscious. The list goes on.

What protected these cops? Qualified immunity. It’s a court doctrine intended to stop frivolous lawsuits—and it certainly accomplishes that, but it also stops legitimate cases. It shields government actors from most civil lawsuits even when they violate a person’s rights while acting in their official job capacity. It is still technically possible to sue police or other government employees under current immunity laws, but it is extremely difficult to do so. Unless the plaintiff can prove that the violations of their rights were “clearly established” in existing case law, their case will be thrown out. This means that no matter how badly they’ve been harmed by a government actor, the court can block their case if precedent does not exist with a nearly identical case.

This is being attempted by Rep. Karen Bass with H.R. 1280, the George Floyd Justice in Policing Act of 2021, which passed the House on March 3. It has support from the Biden administration at large, but Garland should use his platform to speak in public support too.

Garland could also work with the Department of Justice to decline to raise immunity defenses for government employees. But changing the code to put a hard and fast stop would be the ideal route of reform.

State governments also have a role in the fight for immunity reform, and some states have already implemented changes in their state code. Colorado set the stage by passing a comprehensive police reform bill, Senate Bill 217, during the summer of 2020. The bill narrowly addresses qualified immunity for police officers, requiring agencies to indemnify their officers which creates professional liability. Connecticut also passed a law in July 2020 limiting qualified immunity, and New Mexico’s bill to reform immunity is pending senate action after passing the House

Garland told the Senate Judiciary that “Officers who follow the law and constitution want that accountability.” In other words: No one hates a bad officer more than a good officer. If that’s truly the case, then he should encourage states to seize the opportunity for immunity reform – the best way to keep bad actors accountable. But he didn’t, and he probably won’t because his position seems good in theory, but has been tried and failed.

Real police reform is not more investigations and lofty promises of prosecution. It is making victims and their families who have suffered egregious constitutional rights violations whole again through a legitimate means of recourse. But that can only happen with comprehensive qualified immunity reform.

Molly Davis is a policy analyst at Libertas Institute and an Opportunity Fellow with Young Voices. She wrote this for InsideSources.com.