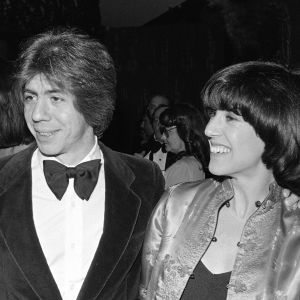 Why Nora Ephron Hated D.C. (and Other Insights) in New Film

Before she died in 2012, the celebrated writer and filmmaker behind romantic comedies like “Sleepless in Seattle” and “When Harry Met Sally…” dismissed the nation’s capital as a place “where ideas went to die and diversity existed mainly as a campaign slogan.”

Now her disdain for the District is highlighted in a new documentary about her life, “Everything Is Copy,” directed by her son, New York Times writer Jacob Bernstein.

Bernstein lived with Ephron in D.C.’s Adams Morgan neighborhood between 1976 and 1980, but their union ended with an ugly public breakup after he was unfaithful. The ordeal ultimately inspired Ephron’s 1983 autobiographical novel “Heartburn,” later adapted into a 1986 movie starring Meryl Streep and Jack Nicholson.

Ephron once told the Post her Bernstein breakup “was the most awful thing I’ve ever been through,” yet “by far the most interesting.” That’s why she turned it into prose, following her mother’s mantra that “everything is copy” for writers, including — perhaps especially — life’s low points.

Bernstein wasn’t the first man in Washington to disappoint Ephron either. In 1961, for her first job out of college, she worked as an intern for President John F. Kennedy. When she later relayed the experience in the New York Times, it featured this tongue-in-cheek lament: “I am probably the only young woman who ever worked in the Kennedy White House whom the president did not make a pass at.”

She may not have been a hit with J.F.K., but Ephron certainly became beloved in elite Washington journalism circles, professionally and personally. It was evident Wednesday, when Jacob Bernstein did Q&A after a D.C. screening of his film with no less a Washington socialite than Sally Quinn, the writer and widow of the Post’s late executive editor, Ben Bradlee.

Quinn shared an anecdote, a version of which appears in “Heartburn,” about how Ephron and Bernstein once came to dinner at her house during the period when their marriage was ending. She hadn’t heard about their troubles, but conversation somehow turned to infidelity and Ephron ended up emptying a bottle of red wine on her husband’s head.

“Well,” said Bradlee, who was also at the table, “we all go through troubled times.”

Quinn said she and Ephron were friends who loved each other, but she told Bernstein she was surprised to hear Ephron say Meg Ryan’s character, Sally, in “When Harry Met Sally…” was autobiographical instead of based on Quinn, as Ephron previously said.

“I don’t know, Sally, let’s make it all about you,” Bernstein said with a grin. “I think the name may have been a little bit of a tribute, but that character was her.”

Bernstein also used his appearance in D.C. to marvel at how his mother got away with “whacking” so many people in her journalistic work, including Quinn, while still getting access to her subjects.

“If you don’t play nice now, you almost don’t play, unless you’re a critic,” he said. “If you’re a person who wants access, it’s unthinkable.”