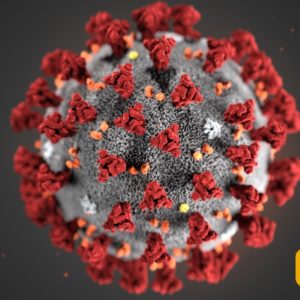 Why We Know Less About COVID-19 Than We Think

Tune into cable news at any time of day and the media dutifully reports the latest case and fatality numbers from around the world — each network with their own set of experts and ideological spin — but are we getting the right information and analysis, or are our media and political class just doing a hell of a job of politicizing a virus?

Can we rely on these agenda driven networks to give us the right facts through their heavy-handed spin?

Spoiler alert: we have no idea how many cases there are in the U.S.

We haven’t tested 5 percent of the population and even if we did, a test is a snapshot. A negative result today will not guarantee that you don’t contract the virus tomorrow. If you take a test that doesn’t provide a result for days, you could be infected before you get your results.

The tests are not infallible either. So testing isn’t the whole answer. Necessary but not sufficient, as the consultants say.

The media likes to focus on the death totals. They post precise, unrounded totals on the screen. That has to be a real number, unless you are Westley from The Princess Bride, you are either dead or not, right?

Not so fast. In April, the New York Times reported 25,000 non-COVID-19-attributed additional deaths over the last month versus prior years. They can’t tell exactly how many deaths are from COVID-19, but many are and this pattern repeats around the world.

Countries and states do not account for COVID-19 deaths uniformly. The UK counts anyone who dies with COVID-19 as a coronavirus death even if the virus is not the cause of death. Belgium goes even further, including all nursing home deaths, even if the deceased was never tested.

Belgium’s death total is far more severe than next door neighbor The Netherlands. Why would that be? Because while the mitigation is similar between the countries, the accounting isn’t.

Absent context about individual methodologies, mitigation strategies and contact tracing, those side of the screen numbers are not meaningful, despite the patina of accuracy that the networks put on them by not rounding.

When it is below 1.0 it is declining. R0 can be skewed by low testing levels, but it should be discussed more. Why isn’t it? It is harder for MSNBC and CNN to criticize Georgia for opening up businesses when Georgia’s R0 is better than many locked down blue states.

Similarly, Fox would rather not discuss the fact that four of five states without shelter in place orders have ratios above 1.0, or that Gov. Witmer’s drastic shutdown measures have Michigan’s R0 ranked in the top 10 percent of states.

Many on CNN and MSNBC don’t want to share too much positive news lest President Trump get any credit. Certain Fox hosts downplay the likely uptick in death that will come with reopening the economy.

Honest brokers are hard to find. Bill Maher, broadcasting from his house, has been among the best at facilitating fair exchanges of ideas. Michael Smerconish on CNN too.

As time goes on, it appears that the virus is more widespread and less lethal than first believed. While extremely deadly to the elderly and those with underlying conditions, if you are under 50, you are unlikely to contract a severe case.

Reliable antibody testing, allowing us to know how many had the virus, will be far more useful in getting our lives back than scorekeeping and gotcha journalism.

South Korea reports that faulty testing resulted in people appearing to test positive a second time for COVID-19 after already overcoming the virus, so it appears the antibodies provide a degree of immunity.

Remdesivir is delivering results in treatment and multiple vaccines are in process.

Facts on the ground are looking better, but we can’t blindly rely on our preferred narrative. We will be living with COVID-19 for a while.

When making a data driven decision about whether to open a business or even leave the house, we must be sure to use the right data.

Lee Benjamin has spent 30 years in the media business. He currently lives in Palm Beach County and looks forward to having his vote counted properly.