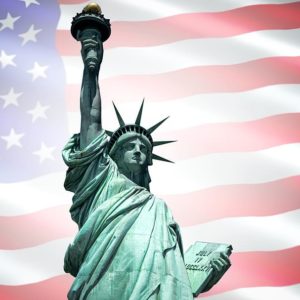 Why We Need the “For the People Act”

Coming out of a violent insurrection, an impeachment, and a Senate trial that saw only seven Republican senators vote to convict former Pres. Donald Trump, it is clear that too many Americans are losing faith in our democracy. The jarring events of the last few months have shown we must take bold steps to bolster the trust of every American in our political system.

We now have a once-in-a-generation opportunity to pass a new law, based on countless democracy reforms passed and successfully implemented in states across the country, the For the People Act. The bill, which will go to a vote of the full House the first week in March, includes provisions that will end secret, unaccountable money in politics, help ensure every voter, regardless of their race, ethnicity, age, or ZIP code, has equal access to the ballot box, end partisan gerrymandering, and strengthen conflict of interest and ethics laws for public officials. The For the People Act, designated as H.R. 1 and S. 1 in Congress, is the most comprehensive pro-democracy bill introduced in Congress since the Watergate era. It is the bold action that the American people want and deserve.

We have a clear choice about the future of our country. It is not a choice based on whether you are a Democrat, Republican, or independent, but rather if you believe in building an inclusive democracy where every person has a voice. We saw the result of the choice that anti-democracy rioters made on January 6 when a violent mob, spurred by Trump’s conspiracy theories and lies about the election, attacked our country.

For me, though, I believe in democracy. Now, more than ever, we must empower people and break down barriers that exist to exclude far too many people, often people of color and young people, from participating in our democracy. Now is the time for bold action to defend, strengthen, and expand our democracy.

One key provision of the For the People Act is based on a law that I helped pass when I led Common Cause Connecticut. The Connecticut Citizens’ Election Program, which amplifies the voices of small-dollar donors by providing a matching grant to qualified candidates who raise a threshold of small donations and skip big donations, has proven to shift power away from corporate lobbyists and wealthy special interests and instead empowers everyday Connecticut residents. After passing our small-dollar donor law, the Connecticut legislature was soon able to pass a “bottle bill” that had long been blocked by anti-environmental special interest lobbyists, which saw savings for taxpayers of about $240 million over ten years. Additionally, the legislature was also able to pass a minimum wage increase and the nation’s first paid sick leave policy for service workers.

The result of changing our campaign finance system so candidates and elected officials are not constantly trying to raise money from big corporations or wealthy donors is that there is less of an incentive for lawmakers to give handouts or tax breaks to big corporations, but instead invest in our communities, schools, hospitals, and public institutions that serve us all.

Like citizen-funded elections, many of these solutions in the For the People Act on voting, ethics, and campaign finance have been tried and tested in states across the country. These reforms often have strong bipartisan support among voters and have already been successfully implemented in many jurisdictions.

Until we strengthen our democracy and break wealthy special interests’ stranglehold on the status quo, we likely won’t be able to fully address critical issues that directly affect the lives of millions of Americans. Addressing climate change, gun violence, and guaranteed healthcare, for example, will be that much more difficult to achieve without first passing the For the People Act.

The For the People Act could be the last best chance to fix our broken democracy. If we can’t get the For the People Act passed soon, we are putting our democracy at risk for a generation or more. Our congressional leaders must move quickly to pass this bold, comprehensive democracy reform package to build a country where all Americans can thrive and have a voice.