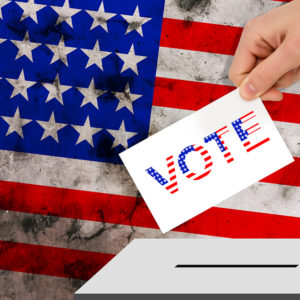 Why We Need the Freedom To Vote Act

Instead of “one person, one vote,” our democracy is being upended to favor one party seeking to control all the votes. Voter suppression and voter nullification laws, for example, are designed to make it easier for Republicans to pick their electorate, opening the gates of democracy for some while adding barrier after barrier for others.

Senate Republicans used the filibuster Wednesday to block debate on the Freedom to Vote Act, but they must not be allowed to write the last chapter of this story. Senate Democrats must recommit to this legislation to protect and expand the right to vote and set national standards to make sure all Americans have access to the ballot in ways that work for them. And it also addresses the latest threat to democracy—partisan gerrymandering.

Voters are supposed to choose legislators, not the other way around. But Republican-controlled state legislatures are free to draw congressional maps explicitly to gain political advantage, following a Supreme Court ruling in 2019 that allowed the practice to continue.

As has long been the case, much of this gerrymandering disproportionately impacts women and communities of color.

Our present-day system of politics was born out of the racist power struggle that emerged during Reconstruction when Black voting power was an existential threat to politics as usual.

Back then, Southern Democrats and vigilante groups like the KKK rose up in a violent insurrection against democracy itself, lynching and attacking Black voters, hounding Black officials out of office, and upending elected governments.

The hangman’s noose may be gone, but his heirs are still at it, and they’re just as filled with murderous intent.

Jim Crow gave Southern lawmakers the chance to finish what the KKK had started with a grab-bag of racist registration requirements, poll taxes, literacy tests, and unconstitutional gimmicks designed to build up a White, male electorate, and tear down voting rights for everyone else.

And now, Jim Crow 2.0 is alive and well, as partisan gerrymandering threatens to further disenfranchise, exclude and marginalize Black and Brown voters.

To see how democracy gets subverted, look to—where else—Texas. The partisan gerrymander on display in Texas is part and parcel with the vigilante abortion law S.B. 8. Whether it’s seizing control of women’s bodily autonomy, or monopolizing access to the ballot, Texas Republicans see state laws as vehicles for exercising more power and control over women and communities of color.

Wherever the freedom to vote is compromised, our ability to elect leaders who will fight for our agenda is also weakened.

As Leah Alden, deputy director of litigation at the NAACP Legal Defense and Educational Fund says, “You can do all of the voting, but if people have manipulated the line so that your vote effectively doesn’t matter, then how do you get better schools, better roads, better health care, criminal justice reform?  Maps can be drawn to either aid communities of color to have a voice, or designed to drown them out.”

We know that voters favor candidates who support policies like paid leave, access to reproductive health, LGBTQIA+ rights, and other vital issues. But partisan gerrymandering and restrictive voting laws stack the deck against democracy, even as the electorate grows more diverse.

The 2020 Census showed that for the first time in history, people of color accounted for all of the country’s population growth. In recent years, suburbs have been transformed from the overwhelmingly White communities that fled big cities after World War II to now include growing Black, Latinx, and Asian households.

The Brennan Center analyzed demographic trends in four states- Florida, Georgia, North Carolina, and Texas- and found that all were experiencing rapid population growth that included more diverse communities. This is a trend that should be paying off in more political power, but it won’t, the report concludes, because in all four states redistricting is controlled by Republicans with the power to rig the maps and ignore the reality of diversity.

We need to make voting rights a priority because those rights are the first defense against losing everything else. Our vote is our voice, and the Senate needs to act decisively to ensure we won’t lose it.

Christian F. Nunes is the president of the National Organization for Women (NOW). She wrote this for InsideSurces.com.