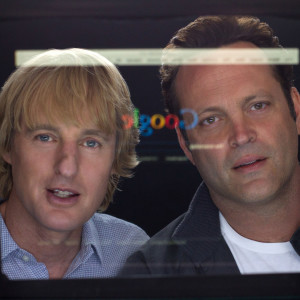 Owen Wilson and Vince Vaughn in The Internship
[IS] Opinions

Why We Should Not Outlaw “Unpaid” Internships

For a new college graduate, finding a job is stressful. That first job is more than a paycheck. The job represents the accumulation of hours of hard work and a start on a stable future. In a job market dominated by resumes, connections, and previous work experience, college students will often turn to internships, paid and unpaid, to gain a competitive edge.

While paid internships are usually seen as similar to other jobs, unpaid internships have come under increased scrutiny. Critics contend that since employers know students are desperate for experience, employers can abuse their interns with long hours and poor work conditions, all without compensation. Two interns who worked on the film Black Swan recently sued their former employer, with one claiming that unpaid internships “rob… people of the value of their labor.”

The charge that companies exploit unpaid interns is false and misleading. They do receive benefits. Economics teaches us that people engage in exchanges only when each party expects to come out ahead. Unpaid internships are no different. No one forces anyone to take an internship, so students must expect to gain even if unpaid. How so? They expect to learn on the job.

Moreover, banning unpaid internships may generate or exacerbate racial and other discrimination. With so many people competing for a few paid positions, companies could afford to be extremely particular when choosing whom to hire. While most companies would still want the best person for the job, banning unpaid internships would make it much easier for companies to indulge their prejudices. Other factors would become more important in hiring as well. As opposed to hiring the candidates most likely to succeed, companies might favor interns with good connections, most likely with parents who have such connections.

While those who deem unpaid internships immoral and exploitative may be well-intentioned, they fail to understand basic economics. Interns expect to benefit significantly from their experiences even if unpaid — or they wouldn’t take the positions. And if unpaid internships were eliminated, paid internships would be more difficult to find, would pay less than at present, and would have worse working conditions.

We should think carefully before taking such a valuable learning tool away from students.