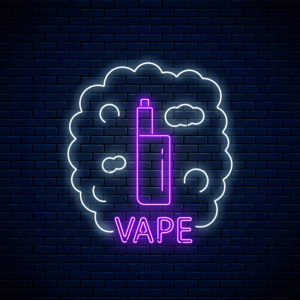 Why Your Local Vape Shop Is Going out of Business

While San Francisco’s recent ban on e-cigarettes has been making national headlines, the truth is that vape shops nationwide are in danger of being forced out of business by federal bureaucrats. This could push more people back to smoking traditional cigarettes.

The Food and Drug Administration (FDA) recently instituted a requirement for premarket compliance applications from e-cigarette manufacturers and vape shops that mix e-cigarette liquids and modify vaping products (which is most vape shops), and the deadline is August 8, 2022–originally set for August 2018 before being pushed back.

Premarket compliance applications cost hundreds of thousands of dollars, and American Vaping Association President Greg Conley said meeting the requirements is financially impossible for most vape shops unless you have “seven figures” to drop on an application.

There are seemingly endless permutations of different devices, flavors, and nicotine levels that will require separate FDA approval.

This is bad news for former smokers. Many who have made the switch credit the options presented and knowledge of the workers at local vape shops with helping them find the best device to quit smoking. Banning open systems that allow for customization to an individual’s needs will force smokers to choose from one-size-fits-all options.

“In the next 18 months it will become extremely difficult if not impossible for vape shops [and small manufacturers] to continue to operate,” Conley said.

“Unless you can subsidize your applications with revenues from e-cigarette sales or investments from Wall Street, you really do not stand a chance of survival under the FDA regulatory regime,” he told InsideSources.

Some vape shops have already buckled due to regulatory pressure.

“There have been stores that have had their leases come up, and landlords want them to sign three- to four-year leases, and landlords won’t sign a clause to allow them to escape if the regulatory landscape doesn’t change, and so they’ve exited the industry,” Conley said. “Some have started out as vape shops and become more CBD-oriented because of pressures.”

The Consumer Advocates for Smoke-Free Alternatives Association (CASAA) attempts to fight legislative efforts by encouraging its members and members of the vaping community to show up for hearings and call and write their lawmakers.

Alex Clark, CEO of CASAA, thinks the FDA and Big Pharma are going after the vaping industry because the nicotine patch and gum peddled by pharma companies aren’t as successful or popular among smokers trying to quit. In general, smokers prefer e-cigarettes as a quitting mechanism.

With this tight FDA premarket compliance application deadline, Clark said, Big Pharma and the government are working in tandem to shut down the vaping industry. Most small manufacturers won’t even be able to finish their application by the 2022 deadline, because it’s so time-consuming and complex.

“The original timeframe of two years was not enough time for people to even begin putting together their application, that takes longer than three years,” Clark told InsideSources. “When the FDA finalized this rule, they were cutting the industry off at their knees.”

The root of the issue for the FDA is teen vaping: you can buy all sorts of sweet, fruity flavored e-cigarettes, and for many teens, they’re a potential “gateway” to nicotine addiction.

According to the National Institute on Drug Abuse (NIDA), almost one-third of teen vapers switch to combustible cigarettes within six months, and the percentage of high school seniors smoking e-cigarettes with nicotine jumped from 11 percent in 2017 to 20.9 percent in 2018. NIDA also found that 10.9 percent of 8th graders have smoked an e-cigarette with nicotine. NIDA said “more research is needed” to determine if vaping experimentation leads to smoking combustible cigarettes.

In a statement to InsideSources, the FDA said it “is committed to continuing to tackle the troubling epidemic of e-cigarette use among kids. This includes limiting youth access to, and appeal of, flavored tobacco products like e-cigarettes and cigars, taking action against manufacturers and retailers who illegally market or sell these products to minors, and educating youth about the dangers of e-cigarettes and other tobacco products.”

But vape shops and consumer groups think regulators have got the story wrong — and they feel unfairly targeted because not a single municipality or state has banned combustible cigarettes, as San Francisco has done to e-cigarettes. To ban a product that can help people break nicotine addiction, they argue, does not benefit public health, but harms it. Even San Francisco’s chief economist has stated the city’s ban will lead to more cigarette smoking. And while we know cigarettes kill hundreds of thousands of people each year, experts believe that vaping offers reduced risk.

The long-term impact of the FDA regulations’ impact on public health may not be known for decades, but in the short term, the results will be felt by local vape shops.