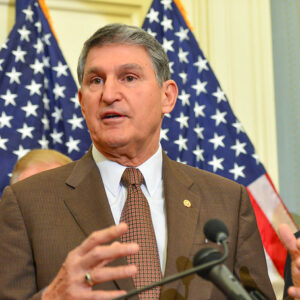 Will $369 Billion in New Climate Spending Lower Your Heating Costs This Winter?

While Senate Democrats named it the “Inflation Reduction Act,” most of the approximately $500 billion in new spending would go to green energy and climate initiatives. And while the bill’s $80 billion for 87,000 new IRS agents has gotten a lot of attention, few taxpayers know where that climate money will actually go. How much will “lower gas and home energy prices,” as the bill’s lead author, Sen. Joe Manchin (D-W.V.) claims?

Based on his reading of the bill, Andrew Lautz of the National Taxpayers Union (NTU) expects clean energy companies and high-income households to “benefit tremendously.”

“If you look at provisions that are targeted at households or at individuals rather than just at companies or the clean energy industry, it’s a lot of tax credits and deductions that, historically, have benefited wealthier households,” says Lautz, director of federal policy at NTU. “The Electric Vehicle Credit, which is now called the Clean Vehicle Credit in the Inflation Reduction Act, has been revamped and expanded in some ways that have historically gone more towards households making well into the six figures.”

According to a 2019 analysis by the Congressional Research Service, 78 percent of the tax credits for EVs were paid to people making at least $100,000 per year, mostly living in California. In response, Manchin demanded income caps for the $7,500 EV credit. But given that families earning up to $300,000 can still qualify, Lautz expects the benefits to continue to flow to upper-income households. The same with the $9 billion consumer home energy rebates.

“Typically, homeowners are wealthier than renters, so I would expect generally that the benefits of those tax provisions as it relates to energy efficiency updates to homes to also benefit wealthier taxpayers,” Lautz said.

The bill also spends $30 billion subsidizing companies that make solar panels and wind turbines in the U.S. and another $10 billion on tax credits to build clean technology manufacturing facilities. There is also $20 billion for climate-friendly agriculture and grants for urban tree planting and coastal conservation.

All laudable goals, critics say, but they are not going to provide put downward pressure on utility bills or energy costs for the average consumer, particularly in the short term. On the other hand, the bill imposes a fee of up to $1,500 per metric ton on methane emissions occurring during oil and gas production, costs that would eventually be paid by consumers of heating oil, natural gas, and gasoline. That provision would impose new total costs of more than $6 billion on U.S. energy companies, according to the American Petroleum Institute.

And then there is the impact of another $369 billion in federal spending, on top of the more than $3 trillion Congress has passed since President Joe Biden took office.

Biden is on record as saying government spending does not cause inflation.

“I’m sick of this stuff,” Biden told a gathering of Democrats in March. “We have to talk about it because the American people think the reason for inflation is government spending more money, (but that is) simply not true.”

Williams says the president is “clearly in denial” because the last two years have been a case study in what not to do for the economy.

“We’ve seen trillions of dollars being infused into the U.S. economy,” says Williams. “These are taxpayer dollars that have gone into the economy and we have seen nothing but rising inflation and quite frankly Joe Biden is saying this because he’s worried about November elections and what is going to happen in November in the House and potentially in the Senate.”

Meanwhile, The Heritage Foundation, a center-right think tank headquartered in Washington, D.C., says people should not fall for claims such as ‘inflation reduction’ in these and other bills.

“If passed, the act will increase the prices that Americans pay for energy, make the United States less energy secure, and do absolutely nothing for the environment,” wrote Jack Spencer, a Heritage senior research fellow for energy and environmental policy.

Spencer is not the only one who thinks the environmental benefits are missing.

“A major concern for us is that taxpayers are getting less bang for their buck on a lot of the energy credits because there is a so-called base rate and a bonus rate and the bonus rate is not based on how much a particular credit or project reduces emissions,” says Lautz. “Instead, it is based on prevailing wage requirements which are often, you know, much higher than sort of minimum wage standards, so, basically trying to force companies that take advantage of these credits to pay very much higher wages.”

To put it in other terms, some companies seeking to benefit from these tax breaks are not chasing the maximum emissions reductions or the maximum impact against climate change.

“They’re chasing a particular wage rate for their workers or they’re chasing apprenticeship opportunities so that they can qualify for this bonus credit rather than trying to get the most emissions reductions and the most climate mitigation for the tax credit dollar that they’re receiving.”