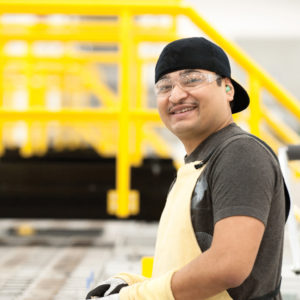 A First Solar factory worker at their Perrysburg, OH factory.
[IS] Opinions

As the Biden administration prepares to take office, there’s increasing momentum to expand America’s renewable energy sector. Many in Washington are looking to increase the deployment of solar panels throughout the United States. This is expected to be a leading part of the Biden “Build Back Better” agenda. However, unless Washington gets serious about tackling Beijing’s aggressive dominance of global solar production, any plans to increase America’s renewable energy could simply lead to more offshoring of a crucial growth industry.

During the 2020 campaign, Joe Biden unveiled plans for a “Clean Energy Revolution” costing roughly $40 billion a year. High up on his list were plans to install 500 million solar modules in five years. The question, though, is whether this will strengthen Beijing’s economy at America’s expense.

China currently produces nearly 80 percent of the world’s solar panels, and eight of the world’s top 10 solar manufacturers are located in China. Chinese companies also dominate every step in the solar supply chain—everything from poly-silicon crystals to solar wafers to finished cells. In fact, only two of the top 10 non-Chinese solar module manufacturers—First Solar and Q Cells—are located in the United States.

China’s rise in the global solar market has been stunning. It’s the inevitable result of more than a decade of central government subsidies for state-supported solar companies. In the first half of 2020 alone, China invested $17 billion to expand its solar production capacity—all part of Beijing’s determination to dominate the global solar industry by undercutting rival producers.

All of this has taken a clear toll on America’s solar industry. In 2017, two U.S. companies—Suniva and SolarWorld—urged Washington to confront China’s sale of heavily subsidized and underpriced solar products. At the time, annual solar installations in the U.S. totaled 12 gigawatts. However, only an estimated 2.5 gigawatts of that was made in the U.S. Both Suniva and SolarWorld have subsequently stopped producing solar cells—victims of the ongoing flood of solar modules from China.

Much of China’s solar production also benefits from disturbing environmental and labor practices. Each year, a massive brown cloud of soot and debris drifts east from mainland China. And China employs forced labor, including more than 1 million ethnic Uighurs and other minority groups driven into a vast network of “indoctrination” camps. It’s ironic, then, that China is using such toxic production to manufacture the solar panels expected to provide a cleaner environment in the 21st Century.

In the face of China’s predatory export of heavily subsidized solar products, the Trump administration took action in 2018, imposing a 30 percent tariff on solar panels made in China. Although the tariffs have since been reduced, they’ve succeeded in establishing breathing room for U.S. solar manufacturers. In fact, by late 2019, First Solar had started production at a new $1 billion factory in Lake Township, Ohio that employs 500 workers. And Q Cells has now built a module production plant in Dalton, Georgia employing another 500 workers. Roughly one dozen other solar panel and cell manufacturers have also launched additional U.S.-based production.

Overall, U.S. solar producers’ share of America’s annual solar module market has now grown to nearly 8 gigawatts. And roughly half of that has come in the past 18 months, thanks to tariffs blunting some of China’s heavily subsidized exports.

With the Biden administration now looking to “Build Back Better”—and expand America’s renewable energy portfolio—it will be critical to rebuild America’s solar manufacturing supply chain. This will matter doubly, too, once taxpayer dollars are being invested in new solar infrastructure.

There are many thousands of good-paying manufacturing jobs to be gained if the United States can ramp up domestic production of solar panels and other renewable technologies. Essentially, the question is, will America’s green future be manufactured at home or in China?

The Biden team must plan to win the competition for solar manufacturing and innovation—and not allow China’s heavy subsidization and deliberate underpricing to eliminate such an important 21st Century industry.