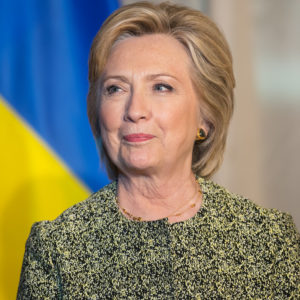 Will Clinton’s ‘Molotov Cocktail’ Fire Up Bernie’s Base?

That was the response of one longtime Democratic strategist when InsideSources shared Hillary Clinton’s latest comments about Senator Bernie Sanders. And with good reason.

In a new Hulu documentary, the 2016 Democratic presidential nominee says of Sanders:

“He was in Congress for years. He had one senator support him. Nobody likes him, nobody wants to work with him, he got nothing done. He was a career politician. It’s all just baloney and I feel so bad that people got sucked into it.”

When asked by the Hollywood Reporter if her assessment of Sanders still holds, Clinton said, “Yes, it does.” When asked if she would endorse and campaign for Sanders if he wins her party’s nomination, Clinton answered, “I’m not going to go there yet.”

Clinton’s comments, made public just days before the Iowa caucus, sparked an immediate reaction from political pros and the national media, much of it along the lines of “What is she thinking?”

“Hillary Clinton has the right to support or oppose any candidate she wants and every right to express that sentiment publicly,” said onetime Obama advisor Dan Pfeiffer.“But every Democrat should commit to supporting the nominee against Trump.”

James Oliphant, who covers politics for Reuters, tweeted: “So basically, Clinton’s interview was the equivalent of a drive-by Molotov cocktail as far as the Democratic race is concerned.”

Sanders attempted to deflect the attack with humor. “On a good day, my wife likes me, so let’s clear the air on that one,” he quipped during a break in the impeachment trial. In a statement to InsideSources, Sanders said that’s where his focus is. “My focus today is on a monumental moment in American history: the impeachment trial of Donald Trump. Together, we are going to go forward and defeat the most dangerous president in American history.”

Sanders’ grassroots supporters in the key early state of New Hampshire, however, were not so forgiving.

“If by ‘nobody’ [Hillary] means the 1 percent and the ruling class, she’s right,” responded New Hampshire state Rep. Sherry Frost, a Sanders supporter and outspoken progressive.

“I never liked her or trusted her,” said Conway, N.H. Dr. Becky Mulkern. “She wasn’t very popular in the Democratic party. I had a lot of friends who didn’t vote [in 2016] — even with Trump running — because they hated her so much.”

Mulkern was one of 50 New Hampshire small business owners, many of them women, who endorsed Sanders on Tuesday. “Hillary Clinton’s speaking for the corporate people, she’s certainly not speaking for me,” Mulkern told InsideSources.

In her Hollywood Reporter interview, Clinton called out Sanders for a campaign imbued with a sexist culture. “It’s not only him, it’s the culture around him. It’s his online Bernie Bros and their relentless attacks on lots of his competitors, particularly the women. And I really hope people are paying attention to that because it should be worrisome that he has permitted this culture — not only permitted, [he] seems to really be very much supporting it.”

Granite State women supporting Sanders aren’t surprised –either by the polling, or by Hillary Clinton’s pushback.

“She’s a liar,” said Kate Goldsborough, a small business owner in Littleton, N.H. “The only thing I can think is that they’re desperate for the woman’s vote. I’m just disgusted. It makes me dislike her even more.”

After pressure from Democrats, Clinton issued a clarification: “The number one priority for our country and world is retiring Trump, and, as I always have, I will do whatever I can to support our nominee.“

The same day Clinton’s comments went public, the New Hampshire Youth Movement announced their endorsement for Sanders, saying he will champion their goals on the environment, social justice and, of course, gender equity. Dr. Mulkern is looking to the future as well.

“I’ll be devastated if he doesn’t win.”

The Democratic establishment, on the other hand, will be devastated if he does.