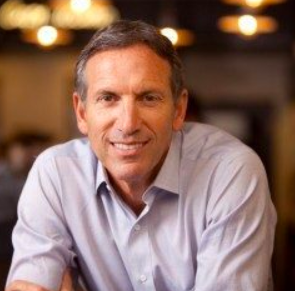 Far-left Democratic politicians are tripping over themselves to run for president in 2020, and the news media are tripping over themselves touting those candidacies — but only when they’re not busy praising Rep. Alexandria Ocasio-Cortez’s economy-destroying “Green New Deal.” Enter Starbucks founder and liberal Democrat Howard Schultz, who says he might run for president as an independent in 2020, on the assumption his own party is hopeless.

The extreme left is apoplectic, fearing he’ll divide the Democratic vote, reelecting Trump in 2020. Millionaire socialist moviemaker Michael Moore calls for a boycott of Starbucks. Millionaire Dem. Sen. Elizabeth Warren (D-Mass.) wants to tax all wealth and denounces “billionaires who think they can buy the presidency to keep the system rigged for themselves while opportunity slips away for everyone else.” She commands “these billionaires to stop being freeloaders.” This vitriol comes because Schultz is disrupting Democratic Party dogma.

First, Schultz slammed Warren, rather than apologizing for his wealth. He came from a poor family — he was one of the “everyone else” Warren allegedly loves—and created his wealth and his company, with all its jobs and benefits. Customers choose his lattes and coffee shops reminiscent of gathering-place cafes in Europe. Only a deluded demagogue could call this “freeloading.” While not saying so explicitly, his response challenges the envy-driven agenda of extreme-left Democrats.

Second, Schultz challenged Warren, Ocasio-Cortez, Sen. Bernie Sanders (I-Vt.) and their ilk directly by saying, “I don’t believe the country should be heading to socialism.” Shades of Trump! Other Democrats silently fear that their party’s extreme leftists could throw 2020 to Trump. Schultz challenges the extremists out loud.

Third, Schultz sees the now $22 trillion federal debt as an existential threat to our country. Obama drove it up more than all previous American presidents combined, and the GOP, good on so many cut-back-the-government policies, hasn’t been much better. Will Schultz be tempted to hike taxes to cut deficits? Such hikes historically slow down economies, thus reducing tax revenue—or, at the very least, slowing its growth.

Further, Starbucks recently announced Trump’s tax cuts “accelerated” wage increases, employee stock grants, and other benefits for its workers. Successful entrepreneur Schultz should appreciate the truth about taxes better the ne’er-do-well Democrats in Congress, many of whom have never held productive jobs in their lives.

Fourth, Schultz has rejected Medicare-for-All as too expensive. Indeed, government regulations under such a scheme restricting even further patient health care choices would yield a system like the scandalous government Veterans’ hospitals, where those who survived on battlefields die on waiting lists to see doctors. In 2014, Schultz pledged $30 million to help veterans, so he surely appreciates that all Americans should not be subjected to the abuse veterans have suffered at the hands of the government they so honorably served.

Fifth, Schultz has denounced the “Green New Deal.” He pointed out, for example, that it “would mean that between 2,000 and 3,000 buildings a day would have to be reconstructed” to meet the plan’s requirements, and that “it’s immoral to suggest that we can tally up $20, $30, $40, $50 trillion of debt to solve a problem that could be solved in a different way.”

But where could these sensible positions lead liberal Schultz?

Concerning global warming, he’s said “we must address it, we must fix it,” but will he understand that even current “climate solutions” double or triple electricity prices, as they have in Germany and Australia; impoverish consumers; and slow or drive businesses offshore? Will he look closely at the science and see global warming is, in fact, not a serious problem?

Since Schultz rejects Medicare-for-All, will he understand that where consumers are given more choices over their health care dollars—from tax-free health savings accounts to experimental state Medicaid programs, where poorer Americans are offered choices and incentives to spend wisely—costs are better contained and consumers express greater satisfaction with their care?

At Starbucks, Schultz generously provides many employees with college scholarships, but he rejects the “Green New Deal” promise of free college to everybody. Does he understand that the Obama-era government tuition loan guarantees have driven up tuition, burying millions of graduates in decades of debts for, in many cases, useless degrees? Will he understand that many students, without college, can train for profitable careers, with private businesses footing part of the bill, through Swiss-style apprenticeship programs?

Does he understand that customer choice works in education as well as in Starbucks, and that when parents as customers make choices with their tax dollars about where to send their kids to K­–12 schools, performance improves? Does he know inner-city parents are desperate for such options?

Schultz offers himself as the alternative to extreme leftist Democrats. But pushing back against their dogmas could break down his remaining dogmas so he sees that the country need not become the stale statist and socialist dregs other Democrats want it to be, but rather a liberty latte that offers more of the free-enterprise and individual-choice policies that allowed him to build Starbucks.