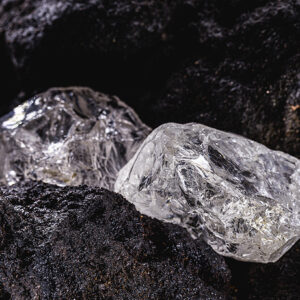 The Biden administration is waking up to the soaring demand for minerals and metals driven by Western nations transitioning to new energy technologies. Now events in the state of Maine are alerting them to the challenges created by state and local governments, with local challenges perhaps presenting the highest hurdles.

A years-long fight over a proposed copper and zinc mine in Maine led the state legislature to pass in 2017 what activists bragged was the toughest anti-mining law in the country.

The law banned open-pit mines larger than three acres. The Natural Resources Council of Maine, an environmental activist group that fought for the law, called it a “big win for Maine’s environment.”

That assessment is up for reconsideration in light of a new discovery. This summer, four years after the passage of Maine’s mining ban, what is being billed as the richest hard rock lithium deposit in the world was uncovered — in Maine.

The 11 tons of lithium ore found on private land in Oxford County has been called among the purest in the world, with some crystals measuring more than 30 feet long.

It’s a rare find of staggering value, estimated at $1.5 billion at current prices. And lithium prices have been rising steadily for a year as demand for lithium-based batteries has surged. The deposit’s value is likely to continue rising, as analysts believe demand will continue surging for years as new mines go through typically slow approval and construction processes.

The owners of the property hope to mine the deposit, but lithium is a light metal, and the 2017 law banned open-pit metal mines of larger than three acres.

“We know that the Maine mining laws are such that there’s not one single active mine in Maine,” Mary Freeman, co-owner of the land, told The Maine Monitor, which broke the story of the find.

At issue are two competing priorities. One is protecting local land and water from any adverse effects of mining. The other is reducing greenhouse gas emissions by speeding the transition to electric vehicles. The International Energy Agency projects global lithium demand could increase 40-fold by 2040 driven by the EV revolution:

Maine’s law was focused on protecting Maine’s land and water from damage caused by mining. It is in direct conflict with the Biden administration’s plan to increase domestic lithium production, which requires more domestic mining.

Asserting an “urgent” need for a secure domestic supply chain for lithium batteries, the blueprint sets as its first priority developing a “domestic industrial base for lithium-based batteries” in part by securing “access to a reliable supply of raw, refined, and processed material inputs.”

Environmental activists portray mining as dirty and environmentally destructive. But that can depend on what is being mined.

Solar panels are made with aluminum, copper, nickel, silica, steel, and zinc, all of which are obtained through mining.

Lithium-based batteries, which are used in electric vehicles and for storing energy created by solar panels, require mining too.

Wind turbines and the towers that hold them are made mostly of steel, but also require significant amounts of aluminum, copper, and rare earth minerals.

Any transition away from fossil fuels requires the use of mined materials. State and local regulations that limit mining will necessarily limit the domestic production of wind and solar power generation, as well as advances in battery storage technology.

Will NIMBY (not in my backyard) activism trump fears of a climate-change disaster? The Maine legislature’s reaction to the lithium deposit discovery will give some indication of how these tensions will play out in the next few years.