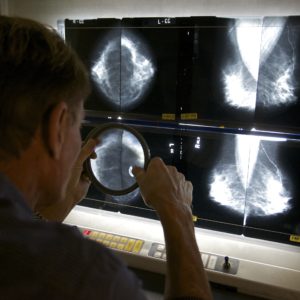 The president and first lady are each making a cure for cancer a priority in their White House service. Earlier this year, President Joe Biden announced a commitment “to end cancer as we know it,” while Dr. Jill Biden recently told the National Cancer Institute that “we will never stop working to fight this disease.” Ending the scourge of cancer could be the Bidens’ lasting legacy if their cancer moonshot is successful.

Every American should hope the Bidens’ Herculean mission succeeds since recent polls show cancer affects a majority of Americans or their immediate families. We already know several universally recognized paths for reducing cancer’s impact: Smoking cessation, fighting obesity, and early detection. We’ve made great strides in reducing smoking, but obesity remains a serious health risk for many Americans, and early detection is still being developed for many forms of cancer.

Fortunately, an amazing new technology could help us detect more than 50 types of cancer without the invasive procedures and expensive scans that are often only conducted after symptoms are present and the disease has progressed.

With this technology, a simple blood test can tell doctors whether cancer is present in the patient and can also give doctors a good idea about where in the body the cancer is present. Early detection has the added benefit of reducing the cost of care as cancer is much easier to treat when discovered early.

The company responsible for this testing is called GRAIL—a start-up that has mastered genomic sequencing and testing specifically to help detect cancer earlier. Recently, another company called Illumina announced it intended to acquire full ownership of GRAIL. Illumina believes it could get this test to doctors and patients years faster than GRAIL could on its own.

But what would seem like a major step toward achieving Biden’s cancer moonshot is now being thwarted by the Federal Trade Commission (FTC), which is holding up the acquisition for antitrust review. We should be wary of attempts by companies to curtail competition, and the Biden administration has made antitrust concerns – especially in the tech sector – a top priority.

But what’s unusual about this move by the FTC is that these two companies don’t directly compete. Instead, this is what’s known as a “vertical merger” since Illumina supplies technology to GRAIL and its competitors.

Regulatory challenges to vertically integrated mergers are rare, so what is the FTC’s rationale? Commissioners are concerned that Illumina could raise prices on GRAIL’s competitors or share information. But there are two problems with this speculation. First, Illumina has offered contractual assurances to all competitors for long-term pricing, guaranteed access, and other common concessions that would protect competition.

Second, the technology GRAIL is working on is still making its way through clinical trials and, if approved, would create a new market. At this stage, all of GRAIL’s competitors are conducting research in a nascent market with no products yet to compete against each other.

Just last week, the FTC announced it is withdrawing its injunction in federal court to allow the European Union’s merger review process to take precedence. This deference to EU regulators by the FTC on whether a merger between two U.S. companies can legally occur is the FTC allowing someone else to do its dirty work.

There is a better way, and Biden’s intervention could make the difference. The U.S. should lead the way in promoting early cancer detection, and this merger is one way to do it. The vigilant regulators at the FTC have the ability to not only protect competition by accepting Illumina’s contractual concessions, but they can simultaneously give an enormous boost to Biden’s cancer moonshot by helping to advance a major public health initiative to the benefit of all Americans.

At a minimum, the FTC should continue its work on reviewing this potential merger and consider advancing structural remedies amongst the parties to protect competition, bolster American innovation and deal a blow to cancer.

Michael Starr Hopkins is founder of Northern Starr Strategies. He wrote this for InsideSources.com.