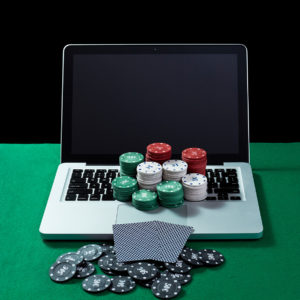 Will the Lame Duck Congress Slip Through One Last Crony Handout?

Although Republicans are now poised to take control of all elected branches of government, the close presidential election revealed an electorate that remains bitterly divided over the direction the country should take.

However, a belief that business as usual must come to an end was one source of agreement across the political spectrum. Republicans would have to be insane to use the lame-duck session to now ram through a special-interest handout to a billionaire, yet that is precisely what some are reportedly seeking to do.

Casino magnate Sheldon Adelson has long sought federal legislation that would override the ability of state governments to set their own online gambling rules. Given his business activities, Adelson clearly has no moral objections to gambling itself. His goal is simply to undermine market competition and put alternatives to his Vegas casinos out of business, and he has spent millions on lobbyists to help make that happen.

Adelson’s allies in Congress have tried repeatedly to pass the Restoration of America’s Wire Act (RAWA), which would prevent states from authorizing online gambling within their own borders, but each time they have run up against bipartisan opposition. Outside groups strongly warned against the consequences of undermining the 10th Amendment in the pursuit of crony capitalism.

RAWA represents both a direct attack on personal liberty and a potential slippery slope in its erosion of federalist principles. For instance, the same logic that would allow the federal government to step in and prevent states from establishing their own rules and regulations for online gambling could also be used to limit other forms of online commerce like gun and ammunition sales.

Most recently, a House Oversight and Government Reform Committee hearing designed to drum up support for RAWA turned into a disaster for its proponents as opposition emerged from both Republican and Democratic committee members.

Never one to give up, Adelson pledged $20 million in September to the Senate Leadership Fund, a Republican super PAC, and the next day three Republican senators —Tom Cotton of Arkansas, Lindsey Graham of South Carolina and Mike Lee of Utah — introduced legislation very similar to RAWA and that has the same objective of prohibiting online gambling. There’s little reason to introduce a bill such as this near the end of a congressional session unless the intention is to try to pass it while voters and the media are distracted during the lame duck.

If Republicans use the time before President-elect Trump is sworn in and the next Congress is seated in order to reward a billionaire campaign donor, they will be thumbing their noses at the voters who just handed them unprecedented control over the nation’s legislative agenda for at least the next two years.

It would be a particularly unwelcome sign for things to come under President Trump, who made his promise to “drain the swamp” a central campaign theme, given that he will be relying upon the same congressional leadership to get anything done.

Cronyism is never a good idea, but now is a particularly bad time for Republicans to flirt with the idea of handing out favors to a Las Vegas billionaire.