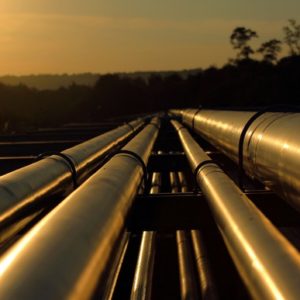 As a candidate in 2016, President Donald Trump stressed the need for America to invest in its aging infrastructure, to support development and manufacturing in many different areas of the country. Soon after taking office, he began to put these plans into action, approving both the Keystone XL and Dakota Access pipelines early in 2017. The president’s approval came with a caveat, however: Trump wanted American-made pipes. In reality, the logistics of the domestic steel requirement meant that it could not be implemented. Now it looks like the story might repeat itself. The steel tariff announced late last week are expected to cause similar problems for pipeline construction, by dramatically increasing construction costs.

Trump announced that he would impose tariffs of 25 percent on steel imports and 10 percent on imported aluminum, to take effect later this month. This would include tariffs on the specialized pipe used to construct oil and natural gas pipelines. According to industry groups, a 25 percent increase in the cost of pipe translates into a $76 million cost increase for a typical (280 mile) pipeline project. For larger cross-country pipeline projects, like DAPL, costs would likely increase by $300 million.

Even for billion-dollar lines this is a significant increase.

Because of the specialty steel used in the construction of oil and natural gas pipelines, builders have a limited number of suppliers from whom they can purchase materials. Pipeline-grade steel is a niche market, comprising less than 3 percent of the overall steel market. Little of it is manufactured domestically.

During the U.S. Commerce Department’s investigation into allegations of Chinese dumping of steel and aluminum pipe, Joel Johnson, CEO of Borusan Mannesmann Pipe U.S. Inc., explained the global nature of pipe manufacturing. He explained that the pipe mill his company operates can produce 200,000 tons of piping suitable for oil and gas wells each year. However, their mill is not large enough to produce all the sizes of pipe used by the American energy industry.

Instead, his company imports certain sizes of pipe from a parent company in Turkey. The use of foreign manufacturers is common in the industry. Not only do companies import finished pipe in certain diameters, they also import flat-rolled steel in order to make pipe, since it cannot be sourced domestically. Without foreign trade in steel, U.S. pipeline construction would be threatened, says Johnson.

“As the U.S. pipeline operators commented in a recent proceeding before the Commerce Department, the U.S. line pipe industry cannot produce certain large diameter line pipe that is used in major pipeline projects,” he said. “One reason is that the flat-rolled steel that meets certain required specifications cannot be sourced in the U.S. Furthermore, imported flat-rolled steel products that do meet those specifications are subject to high antidumping and countervailing duties.”

These are the sorts of pipe used to build projects like the Keystone XL pipeline. As such, they must meet health and safety regulations governing the chemical and mechanical properties of the steel.

“The U.S. oil and natural gas industry, in particular, relies on specialty steel for many of its projects that most U.S. steelmakers don’t supply,” said Jack Gerard, president of the American Petroleum Institute, who said that the administration’s actions were “inconsistent” with its goal of an American energy renaissance.

The Association of Oil Pipe Lines (AOPL) agrees, urging the president to reconsider his steel tariff decision in order to save American jobs. The group points out that the bulk of pipeline costs are wages, with construction workers and contractors receiving about $1 billion in payroll and revenues during a typical pipeline project. If tariffs significantly increase the cost of construction enough to slow planned expansions, many of these wages and revenues would be threatened.

“We are urging the administration to avoid killing U.S. jobs through a steel tariff that impacts pipelines,” said Andy Black, AOPL President and CEO.

The lack of domestic suppliers has the potential to not only increase costs, but also to delay construction if companies are left waiting a year or more because of manufacturing backlog.

Ironically, the Keystone XL pipeline might be one of the projects to be cancelled if the steel tariff increases pipe costs. Much of the pipe for the project has already been contracted from companies in Russia and India, as well as the U.S. Some of the pre-purchased pipe, which was stored outside, will need to be replaced. But the project is becoming increasingly cost-sensitive. The cost to build the pipeline, already at $8 billion, may increase by as much as $200 million after officials in Nebraska approved a route change. Meanwhile, demand for shipping is weak. More expensive pipe costs are unlikely to help the project’s future.