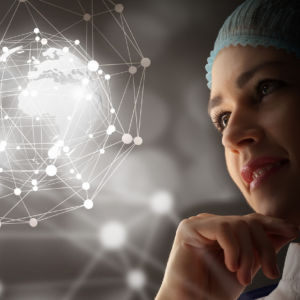 Will the U.S. Keep Its Edge in Health Care Innovation?

Will America’s medical innovation go the way of its space program? If so, can we find inspiration in healthcare developments around the world?

In his book “Safe Is Not An Option,” Rand Simberg argued that NASA began losing its way when it adopted a safety-first attitude. Simberg, an aerospace engineer, argued that around the time of the Apollo moon landings, policymakers pushed safety to the top of NASA’s goals. Doing so, he argues, raised costs and shackled astronauts to low-Earth orbit for a half century. Ironically, the safety-first policy didn’t bring complete safety, as evidenced by the Challenger and Columbia disasters. Adapting Churchill’s aphorism on dishonor and war: We were given the choice between timidity and death. We chose timidity, and we got death.

There are echoes in medicine: Compare Moore’s Law, the pace of DNA sequencing, and Eroom’s Law.

While NASA pursued safety-first, information technology was radically transformed as it experienced the empirical regularity known as Moore’s Law. In 1965, Gordon Moore observed that the number of transistors in a dense integrated circuit roughly doubled each year. Computing power costing millions a few decades ago now costs pennies. (More recently, the doubling occurs every 18 months.) Genomics has seen even faster decline in costs over the past decades. The $3 billion Human Genome Project sequenced one person’s genome in 2000. Today, it’s around $1,000.

The opposite shows in Eroom’s Law — an observation that the cost of developing a new drug doubles every nine years, and the number of drugs introduced is halved at the same rate. (“Eroom” is “Moore” spelled backward.) Part of the reason is that the Food and Drug Administration increasingly imposes a safety-first path paralleling NASA’s.

Congress didn’t pass Moore’s Law, but policymakers can effectively repeal the law’s gifts. As genome sequencing costs plummeted, the FDA clamped down on 23andMe — a California company offering a $99 genetics test to consumers. Results described more than 250 genetic aspects of the purchaser, plus explanations of the implications for health. The idea was to enable consumers to better manage their personal risks. In 2013, the FDA prohibited 23andMe from providing consumers with health-risk materials. In contrast, the United Kingdom allowed consumers to purchase the company’s health risk information.

The U.K.’s openness isn’t surprising. While the European Union (which the U.K. will soon exit) is often bureaucratic and sluggish, its medical device and drug approval process is more fluid than America’s. Competing private “notified bodies” issue approvals in Europe, resulting in faster, less expensive rollouts.

A volunteer consortium designing and manufacturing 3D-printed prosthetics called e-NABLE largely originated in the United States, but recently its most dynamic innovations have emerged in countries like Colombia, Paraguay and Chile, where innovators have broader leeway to develop medical devices.

In 2015, the Federal Aviation Administration authorized the first drone delivery of medicines to a pop-up clinic in Southwest Virginia. That drone now resides in the National Air and Space Museum in Washington. But for now, that delivery was a one-off affair. In contrast, Zipline, a U.S. company, is using drones to deliver blood and plasma in Rwanda.

In 2016, BioViva, a controversial Washington state company doing anti-aging and age-reversal research announced it would establish a clinic in Fiji to avoid FDA oversight.

Ultimately, the answers may be driven by extremely ill Americans and their families. The film “Dallas Buyer’s Club” was based on the actual case of a Texas rodeo worker who contracted AIDS in the 1980s and was given a month to live. Instead, he ventured into Mexico, procured drugs not yet approved by the FDA (and hence prohibited here), and lived for seven more years. In response to such cases, several dozen states have passed “right to try” bills giving terminally ill patients access to experimental drugs not yet approved for the general population.