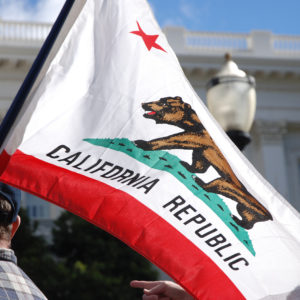 Will Washington Inflict California’s Crazy Energy Policies on the Rest Of Us?

President Joe Biden and the Democratic-controlled Congress enthusiastically support the $3.5 trillion (and quite likely higher) budget reconciliation package, especially its expansive measures to wean America off fossil fuels and toward renewable energy sources for our vehicles and homes. To get a realistic picture of how bad an idea this is, look no further than California, where many of these anti-consumer climate policies are already in place and causing considerable problems.

The reconciliation bill would spend tens of billions of taxpayer dollars to incentivize a switch away from gasoline and diesel to electric vehicles (EVs). That includes a whopping $12,500 federal tax credit for the purchase of an EV, a big increase over the already-hefty $7,500 currently available. But California is already more generous than that – the state kicks in up to  $7,000 in rebates on top of the federal incentives. Yet EVs are still less than 10 percent of new vehicle sales in California – and in a state where gasoline averages more than a dollar per gallon higher than the rest of the country. The shorter range and long charging times make EVs impractical for most, and the sticker purchase price is steep even with the government incentives. In short, EVs work fine as a second or third car for wealthy households but not as go-to vehicles for most people. The taxpayer-funded handouts are little more than a tax break for the rich.

The reconciliation package also contains the Clean Electricity Performance Program (CEPP), which provides electric utilities with massive incentives to increase the use of renewable electricity sources like wind and solar, combined with big penalties for those continuing to include too much coal and natural gas. Once again, these measures would take America closer to where California already is, which is a scary thought given that the state’s electric bills are 50 to 100 percent higher than the rest of the nation. To make things worse, the electricity Californians are paying so much for is becoming increasingly less reliable, due in substantial part to the on-again/off-again nature of wind and solar.

The reconciliation package may also contain provisions to discourage homeowners and businesses from using natural gas for heating and for appliances like stoves and clothes dryers by tilting the playing field in favor of electric versions. But several California cities have already taken the anti-natural gas agenda one step further by completely banning natural gas hookups for new homes and businesses. Natural gas appliances are considerably cheaper to purchase and operate than their electric counterparts, so the anti-gas agenda is yet one more unnecessary hardship imposed on households, especially low-income ones.

Note also how the proposed federal measures, as with California’s existing ones, reduce energy diversity and restrict choice. Instead of using gasoline and diesel for our vehicles, natural gas for some appliances, and electricity for the rest, everything is being pushed towards electrification. Putting more of our energy eggs in one basket in this manner would contribute further to rising electric rates while exacerbating reliability risks.

Given all these regulations and their direct and indirect costs, it is little wonder so many California residents and businesses have fled the state to ones like Texas and Tennessee that don’t pursue such anti-energy measures. But if Biden and Congress succeed in forcing this expensive agenda on the nation as a whole, where will we go then?