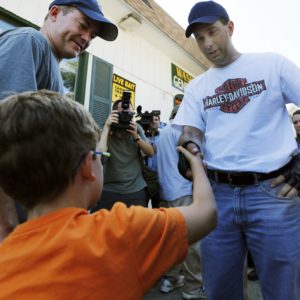 Republican Gov. Scott Walker enacted a statewide right-to-work policy last year when he signed Act 1 into law. The policy outlaws mandatory union dues or fees as a condition of employment. Now at least one local union is claiming the law is void because of an ongoing lawsuit.

“This is a flagrant misstatement of the law,” the Attorney General’s office detailed in a statement. “This notice is to inform workers in Wisconsin of their legal rights and to inform them that any violation of Act 1 is a crime as well as an unfair labor practice under federal and state law.”

The Wisconsin AFL-CIO, Machinists Local Lodge 1061 and United Steelworkers District 2 brought forth the lawsuit, claiming the law is unconstitutional. Dane County Circuit Court Judge William Foust agreed and dismissed the law until the lawsuit could be settled. His decision was overturned May 5 by the Wisconsin Court of Appeals.

The lawsuit asserts right-to-work is unconstitutional because it forces unions to represent workers without just compensation. Unions that get voted in as the exclusive representative for a workplace are required by law to represent all workers regardless of whether they pay dues or not.

Right-to-work laws in multiple states have faced numerous lawsuits over the decades. Nevertheless the policy has been upheld over the years as a federal protected states right under the 1947 Taft-Hartley Act. The law has passed in 26 states, with West Virginia being the latest.

The National Right to Work Foundation (NRTW) has helped to represent workers in the state and elsewhere who believe their rights under the law have been violated.

“They know the lawsuit they filed will almost certainly fail but the real point of it is to create confusion that union officials can then exploit to keep forced dues rolling in,” NRTW Vice President Patrick Semmens told InsideSources. “Even after the Right to Work law makes dues payment for workers strictly voluntary.”

The Wisconsin right-to-work law only escalated tensions between Walker and labor unions which began in 2011 when the state passed Act 10. The law allowed state employees to choose whether they wanted to pay union dues. It  also required public unions to hold a renewal vote every couple of years to determine if workers still wanted them.

The Attorney General did not disclose which local union the statement was referring to when asked by InsideSources. The Wisconsin AFL-CIO, Machinists Local Lodge 1061 and United Steelworkers District 2 did not respond to a request  for comment.