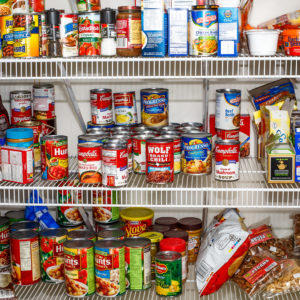 With Rising Food Prices, We Can’t Afford To Worsen the Position of Consumers

The highest inflation in 13 years is hitting American consumers. Since September 2020, overall food prices have risen by 4.6 percent, with eggs, poultry, meat, and fish being the most affected. As consumers scramble to make ends meet in a labor market that remains volatile, it stands to reason that U.S agriculture policy should follow suit.

Over in Europe, the situation for consumers is comparable: with food prices on a 3.4 percent inflation rate, automatic indexation systems in countries that apply them have already affected wages. However, not all European countries benefit from the same luxury, and even those getting a salary boost are still seeing their purchasing power reduced. Meanwhile, European Union lawmakers continue their push for mechanisms set out to make the food system more sustainable.

Sustainability in agriculture means different things depending on who you ask. For the EU, sustainability has long meant a reduction in crop protection tools (i.e. pesticides), even though there is no link between organic pesticides and a more environmentally-friendly food system. Since the early 2010s, the EU has been leading the way in confronting neonicotinoid insecticides, which have been accused of harming honeybee populations. On top of these bans, the EU now seeks to export its policy abroad: The European Commission has announced that food products grown with the help of two specific neonicotinoids will no longer be allowed to be sold in the EU.

There are two ways in which you can analyze this decision: 1) is it scientifically sound? and 2) is it suitable for trade? Uniquely, the European Commission gets it wrong on both ends.

Just this year, Health Canada’s Pest Management Regulatory Agency decided that the two neonicotinoids in question – clothianidin and thiamethoxam – were not harmful to pollinators, reversing its own 2018 decision. The entire conversation on “bee-harming pesticides” needs to get back to the facts, meaning that the European Commission needs to establish that these insecticides harm pollinators and should be transparent about the fact that bee populations are not declining. If it did those things, we would not be looking at increasingly dire situations for farmers needing to protect their crops from pests.

The other issue is that of international trade. This is not a food safety concern, per the idea that the imported foodstuffs are bad for European consumers. It applies European political and environmental conclusions to trade partners who did not reach those conclusions. Decisions like this need to come under close inspection by the WTO and have no place in an international food market based on free exchange. Consumers should have choices, including those choices that the European Commission disapproves of politically.

For consumers, reduced crop protection toolboxes for farmers is bad news. Unable to protect their crops from pests, farmers will see a significant reduction in output, leading to higher prices. This is not just theoretical. Just last year, France voted to cancel its ban on neonicotinoids because it saw a dire situation for its beet farmers, who saw a dramatic production decline. At the brink of needing to import sugar beet from abroad, French lawmakers abandoned the ban for three years.

In 2015, the French far-right National Front campaigned in the European Parliament for a ban on the insecticide sulfoxaflor, often named as an alternative to neonicotinoids. Back then, Marine Le Pen’s party was shot down politically on the issue, only for the French government to outlaw the substance early last year. One of many decisions that led to the crisis of beet farmers last year.

The United States cannot afford to follow the path of Europe. Increasingly, environmental groups have targeted insecticides, leading to a battle in New York between farmers and legislators wishing to outlaw the substances in question. For all the talk of listening to farmers in the push for sustainability, political actors have done very little of it. In fact, the policies seeking to impose a one-size-fits-all solution to farming will reduce agricultural output and increase prices at the time we can afford it the least.

Bill Wirtz is a Luxembourgish writer and commentator, and senior policy analyst at the Consumer Choice Center. He wrote this for InsideSources.