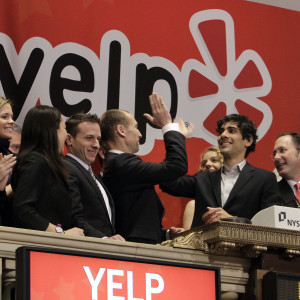 Without this Legislation, Writing a Negative Review Online Could Cost You Thousands

For much of the past decade, consumer advocates have found themselves at odds with Republicans in debates over the safety of everything from toys to mortgages. Now they find themselves in an unusual alliance in pushing for legislation that would preserve the right of Americans to speak their minds online, whether on Yelp about their latest meal out, on TripAdvisor about a recent vacation, or to the Better Business Bureau.

Republicans in the House and Senate are pushing legislation that would ban, or let states ban, rules buried in contracts that restrict the rights of consumers to write critical online reviews of goods and services they have purchased. These “anti-disparagement clauses” have led to lawsuits against ordinary Americans who’ve complained about the condition of an apartment in Paris, a keychain that never arrived, or a fertility service.

“Of the many consumer issues I’ve worked on, there’s something about these non-disparagement clauses strike people as fundamentally wrong,” said Scott Michelman, an attorney with the litigation group at Public Citizen. “People who aren’t on our side for any other issue think these rules are too far — across the political spectrum.”

For most of the past decade, congressional Republicans have been the bête noire of people like Michelman on issues similar to the ones now under consideration.

Republicans have gone after the Consumer Product Safety Commission over its system for letting consumers complain about a particular manufacturer, and maintaining a government database on the gripes. They’ve also hammered the Consumer Financial Protection Bureau, an agency created in the aftermath of the 2008 financial crisis, for compiling a collection of complaints about banks, and making them public, complete with the names of banks.

But at a recent hearing of the Senate Commerce Committee, the chairman, Sen. John Thune, Republican of South Dakota, backed legislation that would ban what he called “gag provisions” from consumer contracts. He pointed out the panel spends much of its time on broadband Internet adoption and other policies to “unlock the true potential of the Internet.”

“A core tenet of the Internet is the ability to freely share information with whomever you like,” Thune said. “What good is information if it’s been sanitized to remove truthful criticism?”

On the other side of the Capitol, legislation to ban non-disparagement clauses enjoys support of some strange bedfellows: Rep. Darrell Issa, a California Republican, and Rep. Jared Polis, a Democrat from Colorado.

Political momentum behind the legislation also stems from some of the more egregious cases of abuse of non-disparagement clauses that have come to light.

Jen Palmer, a Hillsboro, Oregon resident, has spoken widely of her experience with a website, KlearGear, where her husband paid for — but never received — a desk toy and keychain. After the order in late 2008, Palmer complained about the company on a consumer website, and the company responded by demanding $3500 for violating a non-disparagement clause buried in the fine print of the sales contract.

KlearGear subsequently reported an unpaid debt of $3500 to credit bureaus, a step that prevented the Palmers from obtaining a loan for a car, stopped them from selling their house, and eventually delayed emergency repairs to their furnace by late 2013.

“We were tired of living in fear and not being able to get emergency credit for basic needs,” Palmer said.

It took a federal lawsuit to stop KlearGear, which was subsequently ordered to pay Palmer and her husband over $300,000. The Palmers are still trying to collect the money, 7 years later.

In response to the case and other examples, California passed a law last year barring state courts from enforcing non-disparagement clauses.

At the Senate hearing, Adam Medros, a senior vice president at TripAdvisor, invoked life before the Internet to convey the importance of reviews, critical or not, to businesses that operate online. Americans, he pointed out, used to rely on word of mouth, or a handful of nearby middlemen, to research their decisions, like where to go on vacation.

“With access to millions of consumer reviews in seconds, our ability to make informed purchasing decisions is no longer constrained to what products our friends and family previously purchased, or where one’s local travel agent thinks you should stay on vacation,” Medros said. Sites like TripAdvisor, which aggregates reviews, “democratized purchasing and access to information by crowdsourcing the experiences of others,” Medros said.

The move to ban anti-disparagement clauses hasn’t drawn strong opposition from business groups, even though lobbies like the U.S. Chamber of Commerce have fought other efforts to regulate private contracts. For example, the Chamber is fighting tooth-and-nail against the Consumer Financial Protection Bureau’s plans to limit mandatory arbitration, an ubiquitous feature of many contracts, which requires customers to give up their right to bring class-action lawsuits.

The Chamber doesn’t have a position on anti-disparagement clauses, said spokesman Justin Hakes.

One reason the business lobby hasn’t objected to pending legislation is that it’s tailored to cover only form contracts, the type that are standard over many transactions, not ones negotiated in detail by consumers, said Gina Woodworth, a senior vice president at the Internet Association, which represents companies including Airbnb, Google, Facebook and Uber. “It strikes a fair balance between online speech rights and business needs,” she said.

Eric Goldman, a professor at the Santa Clara University School of Law, said the clauses have proliferated among service providers, such as doctors, and small businesses. The reason: their businesses are closely linked to their reputations.

In the late 2000s, a company called Medical Justice sold model contracts with non-disparagement clauses to health care professionals as a “magic wand to scrub unwanted patient reviews from the Internet,” Goldman said. The company eventually abandoned the business, but not before an estimated 1 million Americans signed contracts stopping them from sharing reviews of their doctors.

“Even today in 2015 it can be hard to find robust numbers of patient reviews for many healthcare providers,” Goldman said.