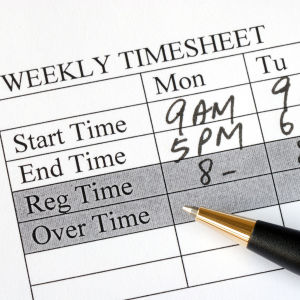 Women More Likely to Value Rewarding Work Over Their Paychecks

Women are more likely than men to value work that compliments their lives over their paychecks, a report released Wednesday revealed.

Women view their work life in a vastly different way than their male counterparts. They are far more likely to value well-being, flexibility and balance, according to a report by Gallup. Additionally, a mere 39 percent of women value their paycheck as very important against other factors, compared to 43 percent of men.

“Naturally, pay also plays a part in an employee’s decision-making process,” the report stated. “Though pay does matter to women, it is less important to them than fit to the role, the ability to integrate work and home, and having a job they can depend on.”

Numerous studies have shown women get paid roughly 79 cents for every dollar a man earns. The difference in paycheck preference is likely a contributing factor. The Gallup report notes there are many potential reasons for the gap but cites hours worked as one likely factor. It found men report working more hours than women.

“Gallup chose to focus on hours worked and perceptions of hours worked as just two of the underlying reasons for the gender pay gap,” the report said. “In the U.S. workforce, 47% of men say they work more than 40 hours per week, while 30% of women say the same.”

The report adds that the findings do not indicate that men are somehow harder workers. Rather, women are more likely to have other commitments in life like childcare and household duties. The report found the biggest difference between men and women is how much they value jobs that are balanced and improve well-being.

Women appear to look at work as something that should compliment the other parts of their lives. The report also notes that well-being can be subjective, but for women it usually means family-friendly and flexible. For women, the traditional workday model and employers that don’t value their employees are not ideal.

“But work-life balance and personal well-being are about more than flexibility,” the report said. “They encompass all of the components that go into a life well-lived. Many women have a holistic view of life and work and look for employers that do too. They are drawn to companies that encourage, support and empower them as people.”

The report adds that the difference is something employers should take careful note of in order to obtain talented female workers. Women and men both have a lot of value to add to a workplace, and matching the right people with the right jobs can be exceedingly beneficial for both the employee and employer.