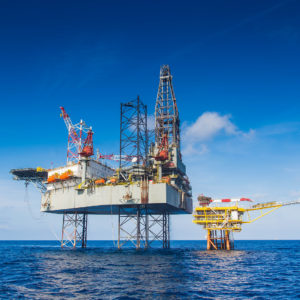 The Wonders of Technology and Mysteries of Geology

The U.S. Geological Service recently announced its finding of the largest continuous natural gas deposit in the nation. It stretches from Louisiana to Texas and contains estimated reserves of 304.4 trillion cubic feet of gas. This represents almost 10 percent of the Energy Information Administration’s 2015 estimate of natural gas reserves.

The level of natural gas reserves is a remarkable turn of events. Forty years ago, proven reserves stood at 213 trillion cubic feet and steadily declined until 2000. And, 40 years ago, on April 18, President Jimmy Carter delivered an energy message of pessimism to a nation that had endured the shortage and pain of the first Arab oil embargo.

In that message, the president said: “The oil and natural gas that we rely on for 75 percent of our energy are simply running out. … World oil production can probably keep going up for another six or eight years. But sometime in the 1980s, it can’t go up any more. Demand will overtake production. We have no choice about that.”

“To some degree, the sacrifices will be painful — but so is any meaningful sacrifice. It will lead to some higher costs and to some greater inconvenience for everyone. But the sacrifices can be gradual, realistic and they are necessary.

“We must not be selfish or timid if we hope to have a decent world for our children and our grandchildren.”

During the decade of the 1970s, pessimism and gloom seemed to dominate the national mood. The Club of Rome in its publication The Limits to Growth projected the world would run out of natural resources in a few short decades — gold by 1981; mercury, silver by 1985; tin petroleum by 1992; and natural gas by 1993. Others who subscribed to the limits philosophy predicted mass starvation.

The belief that the world was running out of oil and gas led to energy policy initiatives to constrain their use and develop alternatives. These initiatives squandered hundreds of billions of dollars without producing commercially viable alternatives. But, they did not completely diminish the power of entrepreneurial spirits.

The petroleum industry continued to invest in technology that has resulted in more efficient exploration and production and the energy renaissance that has reversed the decline in both oil and gas production and reserves. Hydrological fracturing and horizontal drilling have been the keys to unlocking the almost unlimited amounts of natural gas that is gradually replacing coal as the main source of energy for electrical power generation. This reality confirms the work of Rockefeller University’s Jesse Ausubel that the world has been on a long-term trend to move from more carbon-intensive fuels to less carbon-intensive ones.

Our energy renaissance is also leading to rethinking the conventional wisdom about the origins of oil and gas. Conventional wisdom, as supported by most scientists and geologists, holds that oil and gas are finite substances formed from organisms decaying at several kilometers below the ground surface. The alternative theory holds that hydrocarbons were basic elements in the formation of the Earth and that oil and gas are regenerating substances produced by the Earth through chemical interactions deep within the Earth.

One theory means that oil and gas are finite; the other that we have virtually an infinite supply.

While the debate between these two theories will probably not be resolved anytime soon, it is clear that there will be no shortage of oil and gas anytime soon and that the existence of methane hydrates in the deep seabed is consistent with the alternative theory and can extend the age of petroleum until technology and economics make them obsolete.

This history of oil and gas reserves estimates is rich in lessons that can serve us well as we look to our energy future. Predictions of resource exhaustion and their finite nature should be viewed cautiously. Past ones have been seriously flawed because they omitted the contributions of technology and the effects of economics. The abundance of oil and gas and their high-energy density makes the challenge of alternatives daunting.

Investments in knowledge creation is the best approach to avoiding the pain and sacrifice predicted by President Carter. Government policies that overlook the game-changing nature of technology and market forces will squander resources.