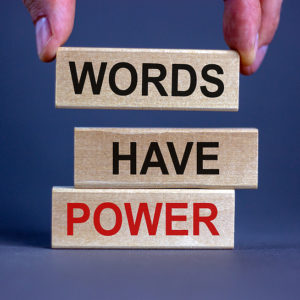 Words Matter — For Some, Not Others

Sarah Silverman simply exposed publicly what many of us suspected. A double-standard.

Just after Thanksgiving, comedian-actor Silverman uttered the magic words in her little tattle-tale on Hollywood: “That comedy I did, it was like, ‘Oh, it’s OK because you know I don’t mean it.’ But then it also is kind of like, ‘We’re liberal, so we can say anything. We can say the words that are unsayable. You know I don’t mean it, so I can say it.’ … It’s a weird balance.”

Silverman, speaking on the actor-produced podcast “Smartless,” for years has ruffled feathers when addressing social taboos and racial/religious/political issues, including wearing “blackface” on her show in 2007.

But Silverman hasn’t been run out of town and, in 2016, she even spoke at the Democratic National Convention.

However, Roseanne Barr, star of a television show about a conservative, white working-class family, didn’t.

The blockbuster reboot of her eponymous show, “Roseanne,” was canceled by ABC in 2018 when Barr, on Twitter, compared former President Barack Obama White House adviser Valerie Jarrett to the “Planet of the Apes.”

Barr effectively had been “Roseanne-ed.” Banished from the air. Gone, except for 1990s reruns.

When your name becomes a verb, it’s usually not a good look. Note that Barr also openly supported Donald Trump in a 2016 interview with The Hollywood Reporter.

Likewise, many of us are old enough to remember when conservative federal Judge Robert Bork was denied confirmation for the U.S. Supreme Court by a Democrat-led U.S. Senate during the Reagan administration.

His judicial history on civil rights issues came into question. As a result, the judge effectively had been “Bork-ed.”

On the Saturday after the Nov. 3 presidential election, Chappelle erupted on a comedic, N-word-laced rant about living in the hellacious year that was 2020.

One infamous line of his 16-minute, raw-form soliloquy was this: “Do you guys remember what life was like before COVID? It was a mass shooting every week. … Thank God for COVID. Something had to lock these murderous whites up, keep them in the house.”

With that, many political folk nowadays love to play the so-called “what-about game.”

As in what-about changing Chappelle’s words to their polar-opposite counterparts. What-about if white comedian-game show host Jeff Foxworthy had said in a stand-up routine: “Thank God for COVID. Something had to lock these murderous, gang-banging blacks up, keep them in the house.”

Now, you get the message.

And Chappelle wasn’t “Bork-ed” or “Roseanne-ed.” However, Foxworthy likely would have been.

As for Silverman, it sounds as if she argued that perception is key here. In other words, if you appear liberal — even if you really aren’t — it’s a get-out-of-jail-free card.

So, to skate the cancel-culture congregation, simply fake it. It’s about perception and rules-makers.

Just note some purported new rules making the media rounds from the Words Matter Task Force at the University of Michigan.

According to the aforementioned task force, that word is offensive and should be null-and-void. The word “picnic” is among about 25 terms/expressions the task force apparently is seeking to eradicate from general usage. On a chart listing alternative phrasing, “picnic” should be replaced by “gathering.”

The controversy over “picnic” apparently stems from an age-old belief by some that the word contains racial connotations related to lynchings. A belief that has been debunked by scholars and socio-cultural experts.

Other terms and phrases on the task force word-ban chart included “blacklisted” — say “prohibited” instead. There’s “honey, sweetheart, sweetie” — replace it with “the person’s name.”

But no word yet on “in the black,” as in revenue and profits.