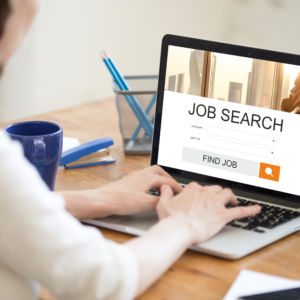 The percentage of people in the workforce is expected to continue its downward trend in the decades ahead, according to a federal report Friday.

The labor force participation rate has declined significantly since the last recession almost a decade ago. The rate tracks the number of employed and those actively seeking work as a percentage of the total population. The Congressional Budget Office (CBO) found the participation rate will continue to fall over the next three decades.

A wide range of variables influence the participation rate. Projections of the future rate will fluctuate based on government policies and economic conditions.

The Bureau of Labor Statistics (BLS) currently puts the participation rate at 62.7 percent. The CBO attributes most of the decline to a large number of people retiring. The participation rate factors in those that have a good reason not to be working like retirees and adult students.

“The continued retirement of the baby-boom generation is the most important factor driving down the overall participation rate,” the report notes. “Aging essentially accounts for the decline of 3.7 percentage points over the next 30 years.”

Some experts have blamed entitlement policies for why so many people are dropping out of the labor force. They have proposed welfare reform aimed at getting those who can work back into the workforce. Some states in the past few years have begun reinstating welfare work requirements that were waived in response to the recession.

“The share of people receiving disability insurance benefits is generally projected to continue increasing,” the report notes. “People who receive such benefits are less likely to participate in the labor force.”

The report adds that a third contributing factor is that marriage rates are expected to decline. It notes married men are more likely to participate in the labor force. The overall decline is expected to slowdown some after the next ten years. The CBO didn’t foresee the slowdown in earlier projections.

The participation rate has declined more rapidly since the recession but the trend goes back further. It was on the rise in the decades leading up to the 1990s but started to decline soon after. There was a slight uptick around 2004 but that was eventually cutoff by the recession.

The last recession was sparked by the subprime mortgage crisis and the financial crisis of 2007. President Barack Obama has overseen the recovery throughout his entire administration. While the economy still faces significant challenges, it has improved.

The economy has steadily added jobs over the last few years and now is close to full employment. The employment rate, however, doesn’t factor in those that have dropped out of the workforce as the participation rate does. The Gross Domestic Product (GDP) last year jumped to 3.5 percent after being stuck around one percent.

President-elect Donald Trump campaigned on a jobs-focused message during the election. His presidency, however, may face an employment slowdown at the beginning as companies adjust to the new administration, but growth-oriented policies could yield positive results in the years ahead.

The CBO report was released as a preview of an upcoming analysis that looks at multiple economic factors expected to unfold in the decades ahead.