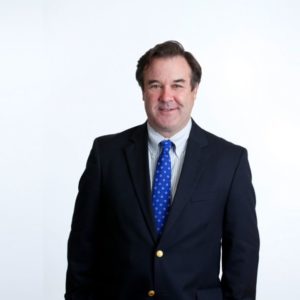 Working For Yourself and America: A Conversation with Norman Anderson

The following interview with the CG/LA Infrastructure’s founder and president Norman Anderson is part of an ongoing series of Q&As with leading policy professionals in Washington, D.C. This interview is edited for brevity and clarity.

IS: What inspired you to found CG/LA Infrastructure?

Norman Anderson: Nobody wanted to hire me! I was a Peace Corps volunteer, and I lived in Latin America for 5 years. I taught in a one-room schoolhouse 1st, 2nd and 3rd grade, developed curriculum for them in their language. After that, I went immediately to Harvard to graduate school, so I guess the best way to describe it is, after that experience, it was hard for me to figure out where to be employed. So I just started a business. I didn’t really feel like taking orders from anybody.

IS: Why infrastructure specifically?

Norman Anderson: It’s interesting because you’re not buying and selling something directly, you’re building a relationship. The second part of it, which is equally interesting, is you’re creating long-term value for people. You’re creating health benefits, mobility, jobs. You’re actually creating a huge amount of public value, and the third piece is the intellectually interesting part: any infrastructure project requires design, engineering, construction, technology services, strategy, public policy, and each one of those is kind of its own culture and is so different.

IS: Tell me about some of the most significant policy issues CG/LA is focused on right now.

Norman Anderson: What we’re really trying to do is transform the U.S. infrastructure market from a primarily public market to one that’s driven by long-term private investment. You can’t continue to promise year after year a big-time infrastructure bill that doesn’t happen.

We’re at a real inflection point in terms of infrastructure. Not only is it incredibly old — more than 70 percent of our infrastructure spend is just on operations and maintenance of old stuff — it doesn’t go toward new investment at all. And the other problem or opportunity depending on how you see it, is that technology is transforming everything about infrastructure from the user experience to the stuff that we actually need to build in the future like electric vehicles (EVs) and autonomous vehicles (AVs) and what we want our cities to look like.

IS: What do you think are some of the biggest misconceptions surrounding infrastructure issues?

For me it’s transportation, energy, water and anything having to do with digital communication. That’s one. Another giant misconception from an American point of view is that we’re world leaders in infrastructure, but we’re not even close. The average American loses electricity for 214 minutes year, the average Frenchman for 74 minutes and the average person in Singapore, only 2 minutes. We need to become world leaders again.

The other big misconception is that the market drives infrastructure projects, but in fact, 80 percent of our market is ring-fenced from private investment, so it’s actually a public market and a larger percentage than any market other than China. So that makes things really difficult in an age of rapid transformation and rapid digitization.

If you can’t quickly innovate, you’re going to fall behind in a really expensive way. It takes 10.5 years on average to get a highway approved in the U.S., and in the entire continental U.S., there are only two airport runways under construction. We need to change from a publicly controlled market to a private-driven market.

IS: Which issue are you most passionate about?

Norman Anderson: The one I just mentioned. To me it’s incredibly silly for people to sit around and say, ‘Wow, maybe we’ll raise the gas tax.’ They’ve been saying that since 1992. There are all sorts of ways to bring long-term pension fund money into our infrastructure projects. The passion is around actually doubling our level of infrastructure investment…to make sure Americans have access to the best infrastructure in the world.

IS: What triggered your interest in these issues?

Norman Anderson: Most people I think are involved in infrastructure because they were an engineer, a technologist, a finance person. I grew up on military bases until I was 16 years old. I never knew if my dad was a Republican or a Democrat. No one focused on how much money you made. We focused on the country and how to make the country more successful. We focused on public goods rather than private goods. And infrastructure is right smack dab in the middle of making the country more successful and making all of us better.

That for me is exactly what the military guys do and did. If you look at what we’re doing with the national infrastructure performance council, you have General Petraeus as a founding member and a D-Day veteran, Hank Greenberg, as a founding member. This is how you make the country more productive. I think that’s where I see infrastructure being incredibly crucial for the country because it really is a public good we need to invest in more and do a much better job of optimizing.

IS: Are there any experiences or people that stand out in how they influenced your views on infrastructure?

Norman Anderson: The guy who built the largest dam in the world at the time, between Paraguay and Brazil. What’s interesting about that is Brazil was running out of electric and they made a decision in 1974 to build this dam and it was up and running in 1981. It was a leadership issue. What was it going to take to make this big complex infrastructure project happen? It sort of highlights the two things I think are most important about infrastructure: it’s strategic, but the other thing is that no great infrastructure project has never happened without extraordinary leadership. The leadership piece for me is really important.

IS: Do you have any nerdy, unique hobbies?

Norman Anderson: I’m not really nerdy, but I like all kinds of sports. I bike and play squash and stuff like that. I read a ton. I like to read stuff that has a really strong imaginative narrative, so that tends to be historical fiction or mystery novels, because then you have to figure out how they end. That’s what all of us are trying to figure out all through our lives.