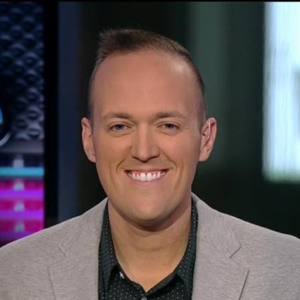 At least a dozen women have accused the libertarian activist group Young Americans for Liberty of taking little or no action in the face of serious allegations of sexual harassment and assault by its staff and representatives, InsideSources has learned. One of the accused is YAL Vice President Justin Greiss who, a woman claims, accosted her at a hotel bar, grabbed her by the wrist and forced her to touch him inappropriately.

Young Americans for Liberty is a grassroots campaign organization aimed at electing small “l” libertarian state legislators. As #YALtoo started to trend on Twitter (modeled after #MeToo), more accounts of the abuses at the organization started pouring in.

“Consent is supposed to be a cornerstone of libertarianism,” former YAL state chair Addyson Rae Garner tweeted Friday. “But consent has been violated by staff members of Young Americans for Liberty for years with little to no repercussion,” she says in a tweet recounting her experience with the organization. “The ones who speak up are brushed off, gaslit, or fired.”

Cliff Maloney Jr., President of Young Americans for Liberty, denies any claims made against him, saying in a tweet that they are “100% false,” and that “serious accusations and misconduct will always be addressed at YAL. Character assassinations against a team of liberty advocates who work around the clock for our cause must stop,” Maloney says.

One of YAL’s regional directors, Maggie Anders, shared her own #YALtoo story on Twitter Sunday, shortly after announcing it was her final day with the organization. “Today I reached my breaking point when Cliff denied his own allegations. I feel for these women and want them to know I stand with them,” she wrote. “I was sexually assaulted by a coworker at YAL, and he was terminated after HR held an investigation,” she says on Twitter. “Since his termination, I have experienced social isolation and targeted harassment from members all the way up to staff.”

The problems were known to the organization, according to a national YAL staffer who spoke with InsideSources on background. The staffer said YAL’s third-party human resources department is relatively new, instituted in the past two years following Addyson’s original harassment claim. As recently as this summer, an internal investigation resulted in the termination of an employee and, the source says, all staff are now trained how to properly handle sexual harassment claims.

“Recent social media posts attacking YAL, the organization I started, and love, have been brought to my attention. While I have great reluctance to address confidential HR matters publicly, I’d like to share that YAL takes any accusation of misconduct seriously. YAL prides itself on having an HR process that is easily accessible to our employees and student volunteers,” said Jeff Frazee, Chairman of YAL’s Board in a statement released Sunday.

“Every concern that is brought to our attention regarding potential misconduct is investigated and appropriate steps are taken in response. We urge anyone to come to us directly regarding any evidence of bad actors, and I would expect YAL to do the right thing, as it always has, and under my leadership, always will.”

Justin Amash, former Michigan congressman and a leader in the libertarian community, tweeted in support of the #YALtoo movement. “Recent claims of misconduct suggest Young Americans for Liberty hasn’t adequately or always protected the rights of individuals in its care,” he says. “People deserve real answers about how allegations will be handled and investigated, not simply generic assurances that accusations of misconduct are taken seriously.”

“At a minimum, any investigation should be conducted by persons independent of YAL, and anyone accused of misconduct should be placed on administrative leave pending completion. It will be difficult to rebuild trust, but it will be impossible without a full and fair examination,” says Amash, who defected from the Republican party early in 2020 while contemplating a third-party presidential run.

The YAL campus chapter at American University in Washington, DC reacted harshly to the response from Maloney and Frazee, saying “[we] condemn the poor handling and weak response by our national leadership in the face of the #YALtoo hashtag that has been trending on social media. The evidence presented by the victims strike right at the core of our movement’s principles and demand a thorough assessment and reflection.”

They go on to ask for “a full investigation where individuals are held to account,” adding that “it’s necessary for our national leadership to set an example and do the right thing before more individuals get hurt, and the organization suffers.” American University’s chapter says “the message of liberty becomes moot when we fail to live up to our own principles.”

Another college chapter at the University of Tulsa backed them up, demanding an “immediate, thorough, and transparent investigation into these matters.” They also call for “the removal and/or resignation of President Cliff Maloney, Vice President Justin Greiss, and all other offenders.” The chapter goes on to say if their demands are not met they’ll begin promptly disaffiliating with the organization.

Garner shared screenshots of text messages and e-mails from early 2019 to late 2020, in which concerns were raised over allegations and how they were handled. In one September 2020 direct message, someone asks Maloney about an Operation Win at the Door endorsement. OWD, as it’s called in the message, is the campaign arm of YAL that deploys activists on behalf of candidates across the country.

“I saw OWD endorsed [redacted]. I reported to [redacted] in 2019 that [redacted] groped me, which led to my meeting with you about feeling unsafe at YAL,” the message reads. “Was that issue ever taken to the third-party HR you were bringing in?”