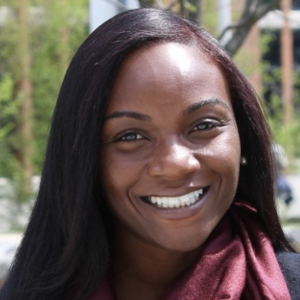 Young Dr. Kizzmekia Corbett, A Hero for Our Times

Like so many other Americans, I cheered in awe and happy disbelief last year as a band of driven, brainy scientists worked at breakneck speed to develop a vaccine to stop a pandemic’s deadly rampage across the globe.

Sacrificing sleep, forgoing family, fueled by adrenaline and hope, a small group of immunologists and virologists collaborated across borders to achieve the impossible: create a new type of vaccine from scratch in a fraction of the time previously required to create the inoculations that had conquered past pandemics.

In a few short weeks from its origin in China, the coronavirus had reached virtually every country around the world. It was soon killing thousands of people a week globally and sending many more to hospitals and onto ventilators. As bad as the health devastation, the virus had shut down national economies and sent frightened survivors into lockdown.

Leading experts on TV issued gloomy predictions that it would take two years or longer to create a COVID-19 vaccine, one they added might — like the flu vaccine — leave half its recipients still in peril.

At a lab deep inside the National Institutes of Health, the world’s preeminent medical research center just seven miles north of Washington, D.C., Dr. Kizzmekia Corbett was too busy to heed the doomsayers.

When President Donald Trump visited the team in March 2020, Corbett delivered its presentation. Three weeks later he declared a national emergency. She was already designing animal tests of the vaccine and devising the means for measuring its effectiveness in humans once trials began.

Known for her extraordinary combination of drive, daring, and optimism, even Corbett was overly cautious in predicting that the first public inoculations would start in April 2021. Instead, the rollout began four months earlier.

“Dr. Corbett is someone who will go down in history as one of the key players in developing the science that could end the pandemic,” Fauci said.

In the month Corbett thought inoculations would just be starting, 60 million Americans have already received at least one dose of the Moderna vaccine she helped develop, with a similar number having received the Pfizer vaccine.

Corbett didn’t do her work alone. In fact, in a research field still dominated by men, other female scientists made major contributions: Hamilton Bennett at Moderna; Kathrin Jansen and Katalin Kariko at Pfizer; Ozlem Tuerci with BioNTech, the German firm that partnered with Pfizer.

Corbett, though, stands out in other ways. She is Black, and she is young, just 34 when she updated the president on the vaccine’s progress. Now, even as she works on developing modified vaccines to combat the COVID-19 variants, Corbett has taken on a second mission, one that she views as no less important than her scientific quest.

COVID-19 has hit American Blacks with a double whammy: They are more likely to be infected and, thanks to a sordid history of U.S. government medical experiments on unwitting African American test subjects, less likely to trust the COVID-19 vaccines developed with government funds.

Corbett is combating the vaccine resistance that is higher among Blacks people than among other groups. She’s doing interviews and public service announcements on TV networks, giving Zoom talks to churches, and reaching out through her large social media followings.

Corbett believes it important that she not be a “hidden figure” like the Black female NASA mathematicians belatedly celebrated for having saved astronauts’ lives through original calculations and helping the United States win the space race against the Soviet Union in the 1960s.

“If I never talked to anybody in the community, if I never cared whether vaccines got into anyone’s arms, I could still be a very notable scientist,” Corbett told the Philadelphia Inquirer last month. “But that doesn’t sit well with me.”