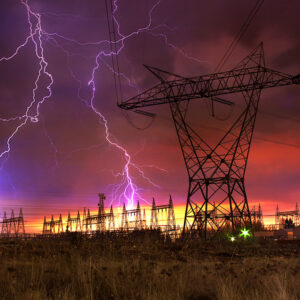 Your Utility Should Expect the Unexpected, It’s on the Way

The flooding in New York City, the high winds in New Orleans, and the winter Freeze in Texas usher in a new reality for the electric industry, showing how outdated its infrastructure has become and how it has to expect the unexpected.

Resilience is the word used by utilities to describe their ability to speedily restore power, to bounce back after an outage. This year, resilience has been put to the test with major challenges affecting electric utilities from coast to coast. Mostly, the results have been disappointing to catastrophic.

It is reasonable to believe that resilience means that if there is an outage power will be back on forthwith or within hours, and that is often the case.

But as the attacks on the system from aberrant weather have become more frequent and severe, the bounce-back has been closer to struggle back slowly.

Two cases tell a tale of catastrophe. Recently, the complete loss of electricity to New Orleans during Hurricane Ida, much of which is still in the dark and with people suffering without water, light, air conditioning, or the ability to charge a cell phone.

Even before Ida tore into the Gulf Coast, teams from other utilities were on their way to help. ConEd in New York was one of many utilities that had trucks rolling to the scene before Ida hit. That kind of quick, fraternal response is often what is meant by resilience. Bold and well-coordinated though it may have been, it was not nearly enough. Entergy, which supplies the power to the area, failed the resilience test.

The other standout was in the failure of the Texas grid when Winter Storm Uri struck in the middle of February. It froze much of Texas for five days and more than 150 people died, some by freezing to death in their homes. The unfortunately named Electric Reliability Council of Texas (ERCOT), which operates the electric grid of Texas, abominably failed the resilience test.

Some of the natural gas supply was cut off during the deep freeze because the system hadn’t been weatherized, but the gas that did flow also flowed money.

Gas operators made enormous profits, including Energy Transfer, which made $2.4 billion. Not only had the gas operators not signed on to the concept of resilience, but the idea of commonweal was absent.

Rayburn, the electric cooperative which has a service area near Dallas, spent what it had budgeted for three years in just five days on gas purchases, CEO David Naylor told me.

On the PBS show “White House Chronicle,” Paula Gold-Williams, president and CEO of CPS Energy, the large, municipally-owned gas and electric utility in San Antonio, said she thought the suppliers of gas to electric generators should be regulated in the same way Texas utilities are.

Wildfires in the West, storms in the East, and up the center of the country have put a huge strain on the electric utilities. What is clear is that “resilience” needs to be defined in a much broader sense. That whole infrastructure of the electric utility industry needs to be re-examined with a view to surviving monstrous weather. The cost in lives and in treasure is very high when electricity, the essential commodity of modern life, fails.

This new imperative comes at a bad time for the electric utility industry, which is struggling with daily cyber-attacks, converting from fossil fuels to alternatives, and straining to find new, durable storage systems.

One of the trends to greater security is to encourage microgrids – small, self-contained grids which can store and generate electricity, often from renewables like solar. These can disengage from the grid in times of stress and continue providing power to the microgrid.

Other suggestions include undergrounding electric lines. California’s Pacific Gas and Electric has proposed undergrounding 10,000 miles of lines to counter wildfires sparked by downed cables. The cost might be insupportably high — over $1 million a mile in level ground, according to one estimate.

Entergy, according to The Energy Daily, has 2,000 miles of lines down in New Orleans. Burying just the most vulnerable lines in the nation would be a massive civil engineering undertaking at a daunting cost. Other ideas, please?