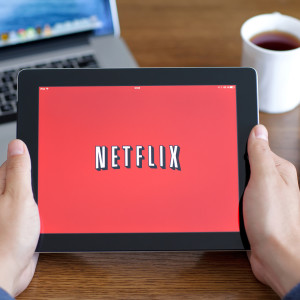 Zero-Rating: The Next Fight in Net Neutrality or the Future of Mobile Internet?

Representatives from T-Mobile, Verizon, Facebook, a former Federal Communications Commission Chairman and others met in Washington Thursday to debate what could be the future of mobile Internet, or the next big fight in net neutrality: zero-rating.

The term has been steadily brewing into the next hotbed of debate over how Internet service providers (ISPs) send data downstream to customers since January, when T-Mobile CEO John Legere called critics of the “un”carrier’s new “Binge On” unlimited video streaming program “jerks” espousing “bullshit” over the possibility the program may violate the FCC’s new net neutrality rules.

T-Mobile began offering Binge On at no extra cost to customers in November, allowing customers “to watch unlimited HBO, Hulu, Netflix, Sling TV and more…without eating into their LTE data,” according to Legere. The catch? T-Mobile achieves this by “optimizing” (the uncarrier’s word) all video streamed on the company’s network, whether the edge provider partners with T-Mobile or not, by reducing video quality to 480p at 1.5 megabits-per-second (essentially DVD quality).

Critics including the pro-net neutrality digital rights group Electronic Frontier Foundation say T-Mobile’s optimizing is essentially throttling — one of the three bright line rules the FCC explicitly forbade in its net neutrality rules to prevent ISPs from favoring certain content over others.

“Even if the commission’s order is upheld in its entirety, the ability of mobile carriers to exclude certain content from data caps, or the buckets that determine what a user pays each month, remains undecided and increasingly controversial,” Michael Calabrese, director of Open Technology Institute’s Wireless Future Project said at an event hosted by OTI Thursday.

Though the rest of the rules face uncertainty until the D.C. Circuit Court of Appeals’ likely mid-March ruling, the agency opted for a regulatory light-touch approach to zero-rating, which it will judge on a case-by-case basis, according to Chairman Tom Wheeler.

Kevin Martin, Facebook’s vice president for mobile and global access and a former FCC chair himself, said the agency took the right approach to zero-rating — a technique that in Facebook’s case, is aimed at getting the poorest regions in the world online by giving a free, albeit limited, option to users who would otherwise have no other access.

Of the roughly 4 billion unconnected people in the world, 2 billion of them live within an area covered by a mobile provider, and it’s those 2 billion Facebook is targeting with Free Basics. As the name implies, it gives users free, limited Internet access minus bandwidth-heavy services like high-resolution photos, music and video streaming. The social network giant partners with any providers who meet those standards and want to participate, and publishes all the program’s limitations in an effort to be “transparent,” according to Martin.

“It’s not exclusive, it’s non-discriminatory, and in this instance it’s really a non-commercial kind of program. Facebook doesn’t actually pay for any of the data utilized by those consumers,” Martin said, drawing a distinction between Free Basics, sponsored data programs like those offered by AT&T and Verizon — where edge providers pay the carriers to exempt their apps from data caps — and from T-Mobile, which eats the cost of customers’ unlimited data use.

In areas where local operators have deployed Free Basics, Martin said they saw a 50 percent increase in the number of users getting online. Fifty percent of those new users typically go on to purchase a data subscription of some type.

T-Mobile’s senior vice president of government affairs Kathleen Ham, another FCC veteran and former chief of the agency’s wireless bureau, said Binge On helps customers avoid hitting their data caps, and that some participating video providers have seen a 79 percent increase in viewership. She added the extra data has led to a 33 percent increase in the number of hours watched even among video services not participating in Binge On.

“Since we’ve launched the program … 34 petabytes of video traffic has crossed T-Mobile’s network,” Ham said. “That’s the equivalent of 109 million episodes of DVD-quality ‘Game of Thrones.'”

Ham said 93 percent of T-Mobile customers approve of the program, 92 percent say they are watching more video, and anyone at any time can opt out of Binge On, now the default option.

“We’re also confident it fits within the guardrails of the commission’s general conduct standard, which said the rules were flexible enough to accommodate innovation, investment, and we’re taking the FCC at its word on that,” Ham said, adding the program allows T-Mobile, which has about a 16 percent share of the wireless market, to compete with AT&T and Verizon, which sport double that.

Verizon’s vice president of public policy David Young compared the programs to toll-free numbers, and added zero-rating data is “just like free shipping — it’s not getting there faster, just someone else is paying for it.”

Senior counsel and director of open Internet policy at OTI Sarah Morris said zero-rating helps alleviate the artificial scarcity users frequently associate with data caps, which often inhibit them from using data on security updates to improve cybersecurity, and disproportionately affect poor and minority communities that often rely on mobile as their only source of connectivity.

Policy director for the pro-net neutrality group Free Press Matt Wood pointed out that if T-Mobile can zero-rate video under a certain bandwidth, why doesn’t the company zero-rate all data under the same parameters, and let the consumer decide how to use their data instead of T-Mobile.

“Should there be a relationship between my ISP and every website or app I might want to visit? No,” Wood said. “The problem with comparing sponsored data to the 800 numbers is that the Internet never had a toll to begin with.”