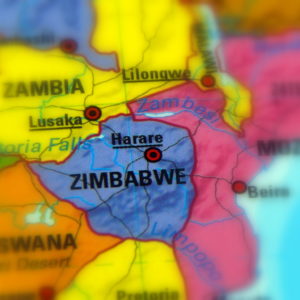 Hours before dawn on November 15, a convoy of military tanks rolled into the outskirts of Harare, Zimbabwe’s capital of 1.6 million, ending the reign of Robert Mugabe. The 93-year-old despot had ruled the country since its independence from Britain in 1980. For 37 years his tyrannical rule was characterized by vapid corruption and grotesque economic mismanagement.

The military took pains to explain that its actions were not a coup d’etat, saying it wanted to purge reactionary and criminal elements surrounding Mugabe. But the coup, it was later learned, was triggered by the sacking of former Vice President Emmerson Mnangagwa a week earlier to pave the way for Grace Mugabe to become her husband’s successor. Mnangagwa was sworn in as the new president on November 24.

The military takeover was an ignominious fate to befall a man once widely hailed as a liberation hero. Mugabe had waged a fierce and indefatigable guerrilla war against Rhodesia’s white-minority regime, winning independence for the black African country renamed Zimbabwe in 1980. He started off well, preaching reconciliation and inclusiveness to the white minority.

He improved education, making Zimbabwe’s schools the envy of Africa. He was even knighted by the queen of England in 1994. Then something went wrong — terribly wrong.

Warning signs arose in the late 1980s, when Mugabe vowed to transform Zimbabwe into a Marxist-Leninist state — never mind that his idols were ideological colonialists, not black Africans. He began nationalizing private companies and imposing stringent price controls (and therefore shortages) across the economy. Chaos ensued and output plummeted, forcing Zimbabwe to seek help from the World Bank in 1991.

Mugabe agreed to implement structural economic reforms, strings the bank attached to its aid. The economy rebounded, and in 1994 Zimbabwe was declared a World Bank success story. But that success led Mugabe to ditch the economic reforms and return to his old Marxist ways. Price controls were reintroduced.

At that time, the white minority, who constituted only 5 percent of the population, owned about 80 percent of Zimbabwe’s fertile land. Instead of negotiating land reform, Mugabe used his war veterans to seize violently and forcibly white commercial farmlands. Agriculture was so devastated that Zimbabwe, once hailed as the breadbasket of the region, had to import its food.

The resulting hyper-inflation was of world-historic proportions, reaching 6.5 quindecillion novemdecillion percent — 65 followed by 107 zeros — in January 2009. The Zimbabwean dollar collapsed the next month. Mugabe then adopted a basket of currencies, including the U.S. dollar and the South African rand, as its national currency. This brought on a temporary respite until Mugabe returned to his old wayward ways.

November’s military coup was a tragic end to an intelligent and sophisticated man who should have known better. Mugabe had only to observe the history of postcolonial Africa, whose first-generation liberation heroes succumbed to temptations and takeovers. Kwame Nkrumah of Ghana, for example, was overthrown by his military in 1966, and Modibo Keita of Mali was toppled in 1968. Only a couple stepped down voluntarily — Leopold Senghor of Senegal and Julius Nyerere of Tanzania — but after more than 20 years in office.

Mugabe’s fate was a foreseeable consequence of the choices he made. He banished freedom of expression. His Electoral Commission conspired to guarantee a near absolute parliamentary majority. He closed off all the avenues for peaceful change, making it inevitable that change would only come violently — through a military coup, a popular uprising (like the Arab Spring), or rebel insurgency and civil war.

The latest chapter is not the end of Zimbabwe’s saga. The new president, Emmerson Mnangagwa, who was Mugabe’s right-hand man for decades, is sly, cunning and ruthless. Popularly known as “The Crocodile,” he oversaw the massacre of at least 20,000 people in Matabeleland as security minister in the 1980s.

Zimbabwe has no future with “The Crocodile” at the helm. No member of the cabal who helped create its rotten state can deliver the deep structural reforms it so badly needs. Reforms would expose the magnitude of their unprincipled looting, threatening their grip on power and business empires. Zimbabwe’s military generals, it is now known, embezzled billions of Marange diamond revenue. No doubt similar thievery by the kleptocratic elites would come to light.

Zimbabwe needs a clean break with the past under an interim civilian government — not what Africans would call “a coconut military coup” that installs a crocodile liberator in power. The new president, scores of military generals and high-ranking members of the ruling party belong in jail, not in government.

George BN Ayittey is a native of Ghana and president of the Free Africa Foundation in Washington. He is also a senior fellow of the Independent Institute in Oakland, Calif.