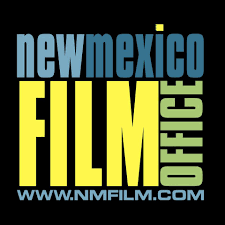 A Chance to Chip Away at a Hidden Hollywood Subsidy

Sick of the cronyism and corruption that suffuses local and state government in the Land of Enchantment?

If you live in Doña Ana County, there’s something you can do about it, come November: Vote no. Your naysaying will make a contribution, however small, to New Mexico’s ruinous subsidization of Big Entertainment.

The fruitless attempt to turn New Mexico into “Chilewood” began more than a decade and a half ago. Sponsored by a Democratic representative and signed into law by a Republican governor — that would be “libertarian” Gary Johnson — the refundable “film production tax credit” covers “expenditures made in New Mexico that are directly attributable to the production in New Mexico of a film and subject to taxation by the state of New Mexico.”

In the years that followed, the perks proliferated. The value of the credit soared, and extra percentage points were granted for both television programs and the use of sound stages and sets within the state. Studio construction was showered with every available tool of corporate welfare — land acquisition, infrastructure expenditures, capital-outlay borrowing, loan-payment leniency, etc.

Earlier this year, the legislature added a special treat for communities 60 miles beyond Albuquerque and Santa Fe: Movies and television shows shot out in the sticks will receive a cost reimbursement worth an additional five percentage points.

Not surprisingly, metro regions such as Las Cruces and Farmington are clamoring to get in on the action. Which brings us to the November vote in Doña Ana County.

It’s the quadrennial request by the local community college for general-obligation bonding authority. Some of the money will be devoted to classroom renovations, IT upgrades and equipment acquisition, and “a comprehensive review of safety and security concerns at all campuses and centers.”

But Doña Ana Community College is also asking for $3.9 million for a “15,300 square foot facility… in the Arrowhead Research Park to support the DACC Creative Media Technology Program as a tenant in the Creative Campus Concept at New Mexico State University.” The goal? “[P]artner with industry and others in film, gaming and creative media.”

DACC’s request offers a reminder that New Mexico’s freebies to Hollywood extend far beyond the annual cost of the production credit. Since the subsidy train got moving in 2002, politically savvy institutions of government tertiary education have jumped aboard.

The University of New Mexico, Northern New Mexico College, Eastern New Mexico University — higher educrats know job security when they see it. As “Grubb” Graebner (hourly wage: $49.29), a onetime “playwright” now ensconced as the head of film-technician training at Central New Mexico Community College put it, production here “depends on state incentives” and would be “gone tomorrow” without them.

No kidding. A 2016 study by the University of Southern California’s Michael Thom concluded that “the only benefits” of states’ largesse to Hollywood “were short-term wage gains, mostly to people who already work in the industry. Job growth was almost nonexistent. Market share and industry output didn’t budge.”

Look no farther than New Mexico for proof that Big Entertainment prefers the friendly confines of Tinseltown and The Big Apple. Employment in motion picture and video production soared in the years immediately following enactment of the state’s reimbursement scheme. In 2008, 2,389 men and women worked in the sector. But that was the peak. By 2018, the number of jobs tumbled to just 1,878 — down 21.4 percent since 2008.

What explains New Mexico’s stuck-on-stupid commitment to an industry that considers the state’s public coffers to be nothing more than an ATM?

Democrats are eager to reward ideologically aligned producers and performers, and giddy to secure forced dues for Local 480 of the International Alliance of Theatrical Stage Employees. The state’s moribund Republican Party has never mounted a principled, pro-taxpayer assault on film-and-television freebies. In fact, many GOP elected officials support the policy.

The enhancement for rural productions approved earlier this year in Santa Fe enjoyed the backing of fully half of Republican state senators. (Spoiler alert: Seven of the eight GOP “yes” votes were cast by pols representing districts more than 60 miles from the state’s population core.)

It will take a grassroots rebellion by taxpayers to stop a subsidization program with great PR, but dismal performance. But every rebellion’s got to start somewhere. Why not in Doña Ana County, in November?