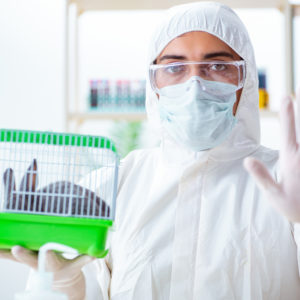 A New EPA Plan will Place Animals, Humans and the Environment at Risk. So Why is PETA Celebrating?

Believe it or not, PETA, the group that claims to advocate for animals, is celebrating the Environmental Protection Agency’s efforts to deregulate the chemical industry.

At a recent press event surrounded by representatives from PETA and several other animal rights groups, EPA Administrator Andrew Wheeler announced plans to phase out chemical safety tests that involve animals by 2035. Instead, he says non-animal alternatives, which also happen to be cheaper and preferred by some in the chemical industry, should be used.

PETA and other animal rights groups have been celebrating and also fundraising off of the news for several days. And at first glance, the idea sounds laudable. Nobody, including researchers who study animals to develop new cancer medications and other treatments, is a big fan of animal research. But here’s the problem: these studies are no small thing. They literally serve as the basis for important regulatory decisions about the chemicals we allow into our environment. That includes our bodies and the bodies of other animals big and small.

On top of that, there’s a major problem with the science behind this proposal: Non-animal alternatives provide an incomplete picture. Several toxicologists (chemical safety scientists) have already spoken out. They are alarmed by both the EPA’s plan and arbitrary deadline. This is because current alternatives, such as organs-on-a-chip, computer models and tissue samples, only provide a portion of the picture when it comes to identifying the many ways that chemicals impact our bodies. Alternative tests might tell us how individual organs will likely respond to a given chemical. But when it comes to the impacts on an entire living, breathing organism, such as the human body, no such alternative exists nor likely will it anytime soon.

But that’s not all. The EPA’s proposal is even more problematic because all non-animal alternatives are based on what we currently know about living systems and chemicals already on-hand. But what about new chemical compounds created in the future? And what about measuring all the impacts on the body when several chemicals are combined? Do we have enough confidence in alternatives that we are willing to bet our health or our childrens’ health on it?

Aside from technological limitations, there’s another big reason to be concerned about the EPA’s announcement. The decision – one which will dictate how science should be conducted in the near future – did not appear to include much input from actual scientists. Even the EPA’s own press release failed to include supportive comments from a single researcher. Instead, the agency chose to feature four separate animal rights groups. No matter how you feel about animals, this notable omission should send a chill down the spine of every American.

This brings us back to PETA and the organization’s stated mission to protect animals. Is cheaper, less-effective chemical safety testing that may hurt animals and humans for years to come something to celebrate? Or instead, has PETA lost its way while engaged in a desperate attempt to score a win?

Paula Clifford is the executive director of Americans for Medical Progress, an organization that supports the advancement of human and animal medicine through responsible research in animals. She wrote this for InsideSources.com.