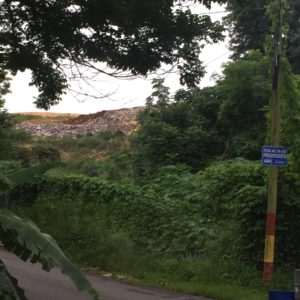 Profiles in Courage: Residents Who Are Dealing With the Puerto Rico Landfill Crisis

SAN JUAN, P.R. — Imagine the smell of rotting eggs, mold, wet dog and spoiled cheese all mixed together. And that’s on a good day when the wind isn’t blowing hard and it’s not too hot. This is the smell that many Puerto Rican residents have to deal with on a daily basis when they live next to a landfill.

Take Conncetta Calise, a 59-year-old resident near the Toa Alta landfill, just outside of San Juan. Driving up to her house, there are several abandoned houses, that leave the feel the former residents just picked up and left abruptly. There’s another house before Calise’s that has a “for sale” sign up, which has apparently been there for over a year now. But who would want to buy a house next to a landfill?

Calise says she’s been fighting with the government for years now to close that landfill or even simply to address her concerns. 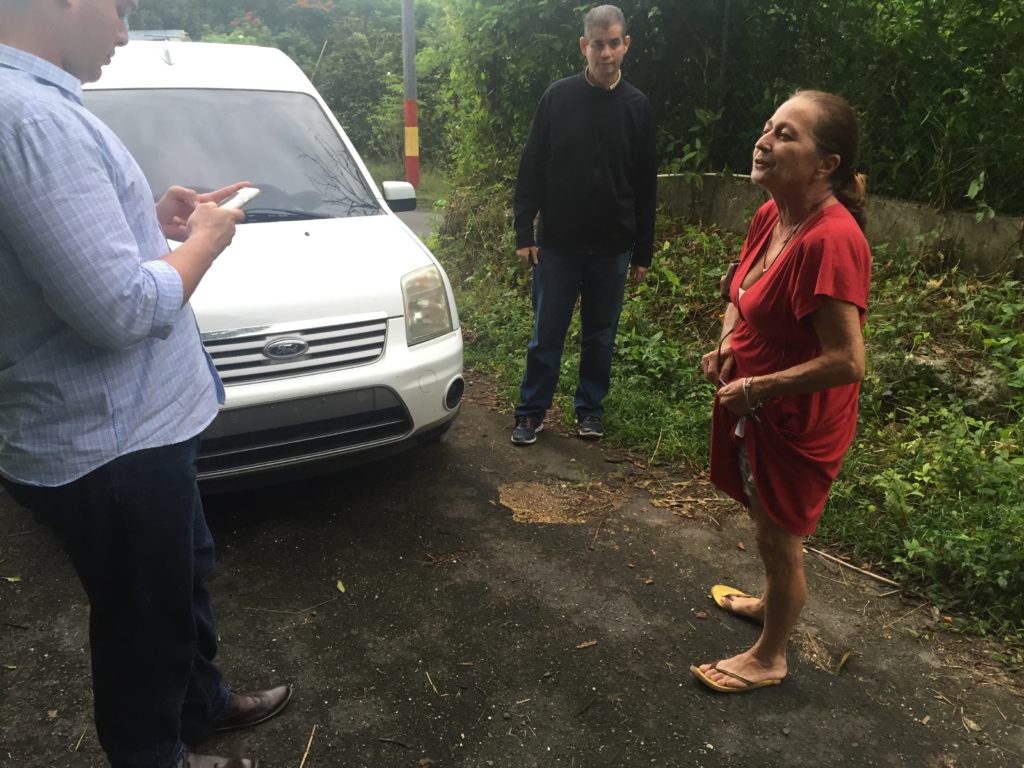 “There’s too much corruption,” she said. “They don’t care about the people or land.”

The Environmental Protection Agency is technically in charge of all 27 landfills in Puerto Rico. But an advocacy group claims that 19 of the territory’s landfills, including Toa Alta, are non-compliant according to federal regulations, and the EPA has ignored these warning signs for years.

Calise lives on the same property that her grandfather owned, way before the landfill was put there in 1970.

“I love this place,” she said. “There was water coming out of the ground before. There was no road and it was beautiful.”

But now the landfill dominates the landscape, creating a pungent odor in the area and a leachate lake of trash seepage right next to it. Calise said the runoff is contaminating her drinking water.

“I will keep fighting until my last breath because this is contaminating the water we drink,” she said. “I have to buy distilled water.”

But that’s not the worst of it. The trash lake near her house creates the perfect breeding conditions for mosquitoes carrying the Zika virus.

The Centers for Disease Control diagnosed about 16,000 Puerto Ricans with Zika, including at least 1,000 pregnant women. For expecting mothers, the concern with Zika is that their babies could be born with the birth defect microcephaly, which causes infants to be born with shrunken heads and other health issues.

“I had Zika for two months because they are so bad here. I don’t have the defense for it, and I also have lupus,” she said. “I’m lucky to be alive.”

Rep. Luis Gutierrez (D-Ill.) attended a community meeting last week at the home of a Puerto Rican resident who lives right next to the Toa Baja landfill, only about 15 minutes away from Toa Alta.

Adelaida Gonzalez has lived in Toa Baja for 44 years, but the landfill has only been there since 1972. She, like Calise, tried to express her concerns to authorities, but no one listened to her. 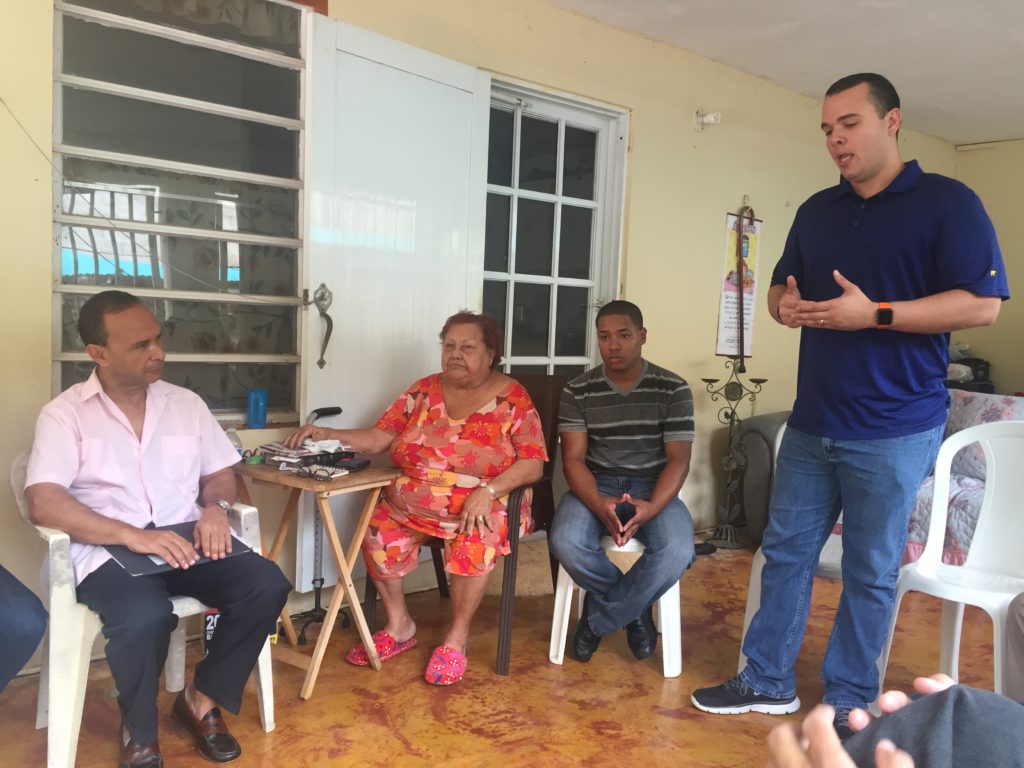 “The smell of the landfill was really unbearable for over a year,” she said in Spanish. “We do not know what to do.”

Gutierrez, who is of Puerto Rican heritage, came to the territory to see the crisis with his own eyes and how it’s affecting the people. After the community meeting, he went to another section of the Toa Baja landfill to see it up close and speak with some residents who live there.

At Yahaida Porratas’ home, she lives right next to where garbage trucks drive in and out of the landfill to dump trash each day. All that separates the landfill from her house is a fence — an unfinished fence actually.

The edge of the mountain to the unfinished fence is a space big enough for a human to walk through and animals to pass each day. 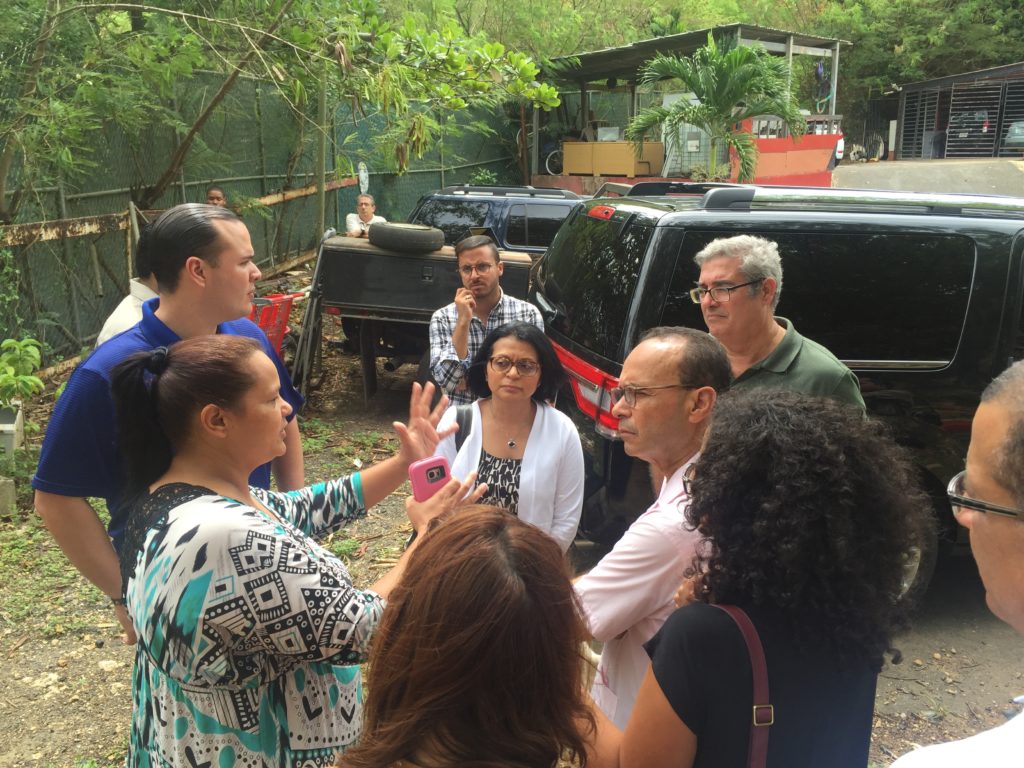 “There are a lot of rats,” she said. “One was so big, I thought it was a cat. I can’t have any food outside. We can’t live here. We can’t do anything.”

“There are a lot of flies and mosquitoes all the time,” she said in Spanish. “I have fibromyalgia and high blood pressure. My kids have a rash and the doctors say it’s because of where we live.”

The smell was significantly stronger than at Gonzalez’s house since Porratas lives closer to the top of the trash mound.

“My kids never want to be here,” she said. “We never leave the windows open. It’s not fair. I’ve been here since 1976 and it gets worse and worse each year.”