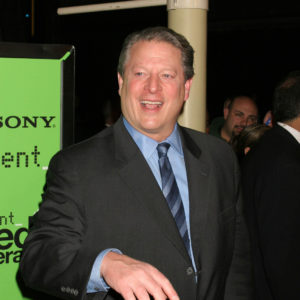 Are liberals and the mainstream media just trying to kid us? Not to mention a handful of Republicans. I speak of the feigned outrage over the comments from Donald Trump concerning “accepting the results” of the coming election. To harken back to the days of another Clinton, I guess it depends on what the definition of “accepting” is.

This column is not an attempt to convince a single person on the matter of who deserves their vote for president in 2016. Instead, it is another item to add to the bill of indictment for hypocrisy among said liberals and their colleagues in the mainstream media. Leave aside for the minute the whole reality of this year being one where the thumb of the MSM on the scale is astounding and beyond anything ever previously observed. Let us simply turn our attention to the specific matter of “accepting the results.”

The 2000 election is memorable for a lot of reasons. One of them is that, by any definition of the term, “acceptance” was redefined. Al Gore and Democrats did not accept the results the morning after the election. They contested those results for weeks and weeks. Less than two weeks before Christmas, the Supreme Court of the United States declared George W. Bush the winner. Then, and only then, did Al Gore “accept” the outcome as final.

Between Election Day and mid-December, Al Gore and the Democrats fought tooth and nail to overturn the outcome. Among other things, this entailed contesting the decision of the secretary of state of Florida to certify the results in that key and determinative state.

When Florida’s secretary of state said that George Bush had won, Al Gore and Democrats did more than just pursue legal avenues to reverse that situation. They attacked and did everything possible to demonize Katherine Harris as an evil partisan who would refuse to allow an honest count. Memory does not serve to recall any editorials in the New York Times or Washington Post criticizing Mr. Gore or his supporters for “undermining faith and confidence in our democratic institutions and its elected leaders.” Quite the contrary.

As recently as October of this very year, Al Gore and Hillary Clinton nodded their heads in agreement at a rally in Florida to the chants of “you won.” As an aside, am I the only person who listened to Mrs. Clinton on this subject of accepting the results at the final debate and could only think of the famous scene in “Animal House” where Otter concludes with: “We are not going to sit here and listen to you bad mouth the United States of America” as they walk out and make a mockery of the topic at hand?

Of course this view that Gore actually won totally ignores that when the New York Times and Washington Post went back and counted the ballots in question precisely as Mr. Gore desired, the result was, exactly what? Yep. George Bush still was the winner. You can probably count on your fingers the number of Americans who remember this one-day story versus the countless left-leaning partisans who maintain to this very day that Al Gore was cheated.

By what logic is it fine and dandy for Democrats to contest the outcome of a presidential election to the point of it requiring a decision of the Supreme Court to get resolution but to demand that a Republican candidate promise that what happens on Election Day requires the Republican candidate to go along with the results that very night? Even for liberals, this is a new level of hypocrisy and double standards.

I feel very confident in being willing to wager with anyone willing to do so that Donald Trump, and any other Republican official of consequence, will extend the discussion of what happens on Election Day in 2016 no further than Al Gore did in 2000. The bet is also open to a promise that if the situation goes to the point of a decision by the Supreme Court of the United States, that decision will be accepted.

There is another wager I am willing to make. That would be the conviction the mainstream media shall continue to portray what Mr. Trump is saying on “accepting the results” as being something totally beyond what has ever been said or done at any other point in history. Of course, anyone with a memory or regard for an honest conversation knows quite differently.