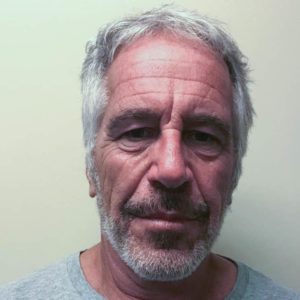 New Mexico’s attorney general has upgraded an investigation into whether Jeffery Epstein — the multimillionaire financier and convicted sex offender currently sitting in a New York jail cell on new sex crime charges — has committed similar crimes at his palatial ranch in the Land of Enchantment, according to an AG spokesman.

Earlier this month the U.S. Attorney’s Office in the Southern District of New York (SDNY) charged the 66-year-old Epstein with sex trafficking of minors and sex trafficking conspiracy. He pleaded not guilty and was denied bail.

Meanwhile, Epstein is on suicide watch after he was found injured and nearly unconscious in his cell on Tuesday. Epstein may have tried to hang himself at the Metropolitan Correctional Center, but he might also have been attacked by another inmate. Another option is that he was trying to get transferred to a better facility, sources said.

In a 2008, Epstein pleaded guilty in Florida to state charges of soliciting one minor for prostitution that required him to spend only 13 months in jail and register as a sex offender. The plea bargain was widely criticized for clandestinely ending a federal sex abuse investigation involving at least 40 teenage girls, which could have landed Epstein in jail for life. U.S. Labor Secretary Alexander Acosta, who was the U.S. attorney in Miami at the time, left his job in the Trump administration over his handling of the deal.

More than a decade prior to the Florida case, Epstein bought the opulent Zorro Ranch located near Stanley in Santa Fe County. The property — considered one of the largest in New Mexico — has a 26,700 square-foot house; an airplane hangar and landing strip; stables; and other luxury amenities, some of which are located on State Trust Land.

Several months ago, Attorney General Hector Balderas’ office began actively investigating accusations from several girls who complained of abuse at Epstein’s New Mexico ranch when they were underaged. More came forward after this month’s SDNY charges, and the attorney general “is in the middle of the probe,” according to Matt Baca, senior counsel for Balderas’ office.

“I can only confirm… that we have interviewed multiple survivors, which would mean two or more,” Baca told InsideSources. “We are in constant communication with the SDNY. I don’t believe it [all the information] has been sent over yet, there is sort of an ongoing working relationship.”

“It is absolutely horrifying to discover that we have existing leases with an individual who has caused irreparable harm to so many women and girls,” Garcia Richard said in a statement. “The best thing that we can do at this time is to provide the attorney general with any and all resources at our disposal to assist with their investigation.”

According to State Land Office records, two agricultural leases on Zorro Ranch total more than 1,200 acres. There are two active livestock grazing lease contracts dated 1997 and 1999 that were renewed in 2016. A contract signed in 1993 has since expired.

Baca confirms that Balderas’ office received the documents and “we will take a wide lens look at [them].”

“We will obviously take the State Land Office’s concerns very seriously and review those documents to see if they are relevant to our underlying investigation or if they implicate other charges,” he said.

With all the information gathered from Epstein’s accusers and his land leases, the AG is still not ready to file a state case. However, Baca adds, “nothing is off the table in terms of state charges.”

“The focus of our work so far has been to interview those survivors and share information with the SDNY, but any viable charges that arise during our investigation may be looked at for prosecution.”

When asked whether investigators have interviewed Epstein or spoken to anyone with his legal team, Baca answered: “I can’t confirm that at this point.”

Balderas has been trying to strengthen New Mexico’s sexual-offender laws for several years. Because of confusion that emerged over the age of the woman in the Florida case (ranging as low as 14), Epstein was not required to register as a sex offender in New Mexico, where the age of consent is 17.

“Our first priority is to add human trafficking as one of the registrable offenses,” Baca said. “We will be looking at any other way that we have to tighten our state level to address the concerns that have been raised in this matter.”